Wild Acadia, the new Schoodic, saving our "wow" moments, and more. Read the Journal »
Friends of Acadia Journal
Sign Up for Our e-News
Section Navigation
Join, Renew, Give
Uncategorized > What’s in Bloom at the Wild Gardens of Acadia: Spring 2020

Editors Note: Though the Wild Gardens of Acadia is closed to the public at this time, we’ve asked WGA Supervisory Gardener Geneva Langley to report what is in bloom in the hopes members can enjoy from afar and know what to look for in their own backyards.

So far, much of 2020 has been about waiting. The coming of Spring has been no different. The temperatures have been having trouble climbing, there have been plenty of dreary, gray days, and that incessant north wind just won’t seem to let up. There has also been a bit of a delay in the flowering season but, finally, things are starting to change. Almost daily, a new plant is in bloom at the Wild Gardens!

One of the earliest flowering plants in Acadia is leatherleaf (Chamaedaphne calyculata). A cousin to blueberry and cranberry, leatherleaf is an oft-overlooked plant of bogs and marsh edges. It is a low-growing, dense shrub with thick, semi-evergreen leaves. The elliptical leaves persist through the winter and are replaced by new, bright green ones in late spring to early summer. Leatherleaf produces small, white, bell-shaped flowers with scalloped edges. The flowers are arranged in a row, dangling from long stems like one-legged bloomers on a laundry line. In the dull bog landscape of early spring, leatherleaf flowers are alive with bees! In fact, the primary pollinators are early bumblebees, fertile queens that emerge from hibernation to search for sustenance and underground nesting sites. 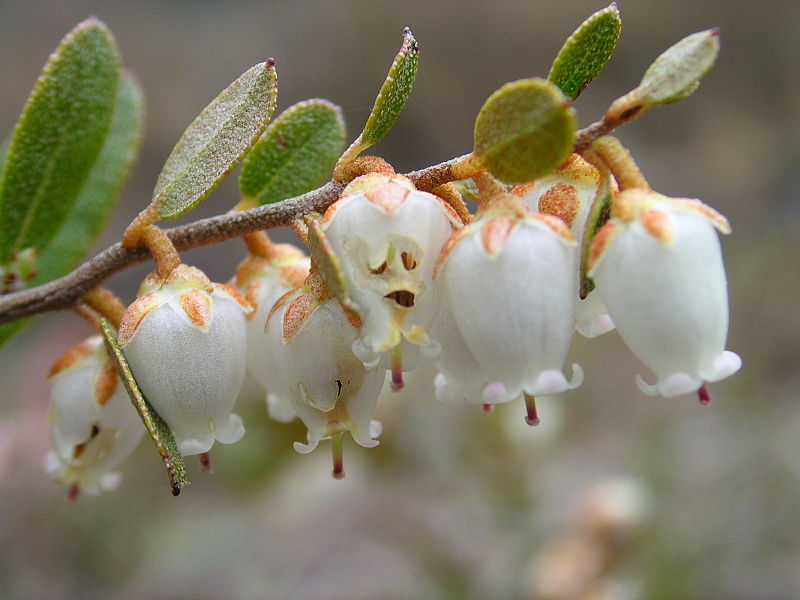 Other flowers in profusion right now include our native violets (Viola), of which there are eight species in Acadia, some rare. Also, shadbush (Amelanchier) have begun to bloom. There are seven species here on Mount Desert Island, ranging from low shrubs on mountain summits to small trees along forest edges. One never realizes just how much shadbush is in the landscape until their snowy white flowers fill the woodlands! 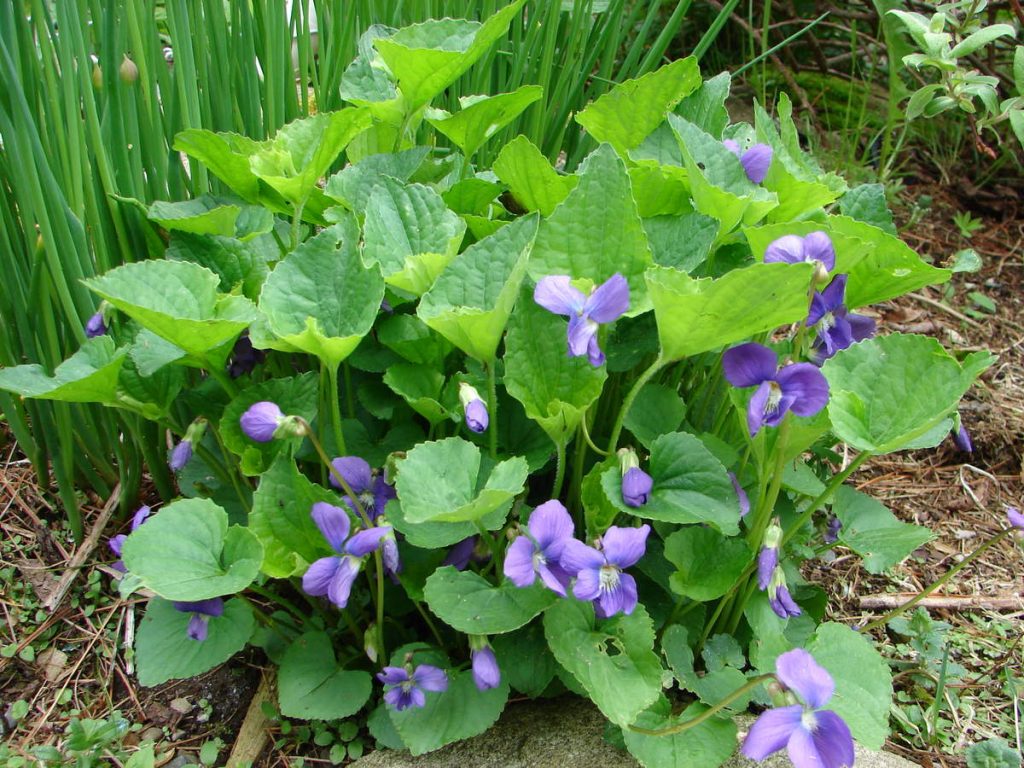 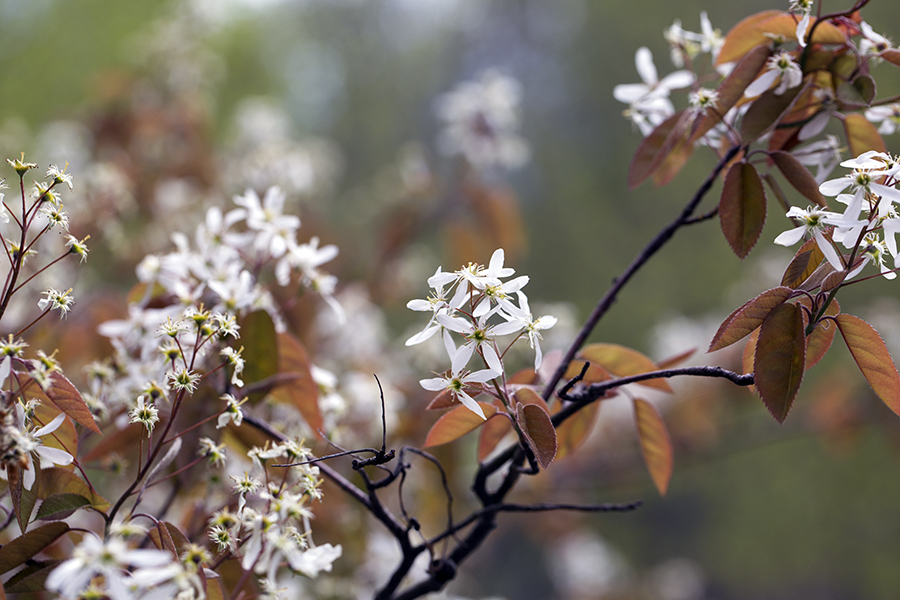 Be on the lookout for wild oats (Uvularia sessilifolia) and wood anemone (Anemone quinquifolia) in open forests, wild columbine (Aquilegia canadensis) and the last of the trailing arbutus (Epigaea repens) on rocky outcrops, wild strawberry (Fragaria virginiana) along roadsides and the pink haze of rhodora (Rhododendron canadense) along the edges of wetlands. 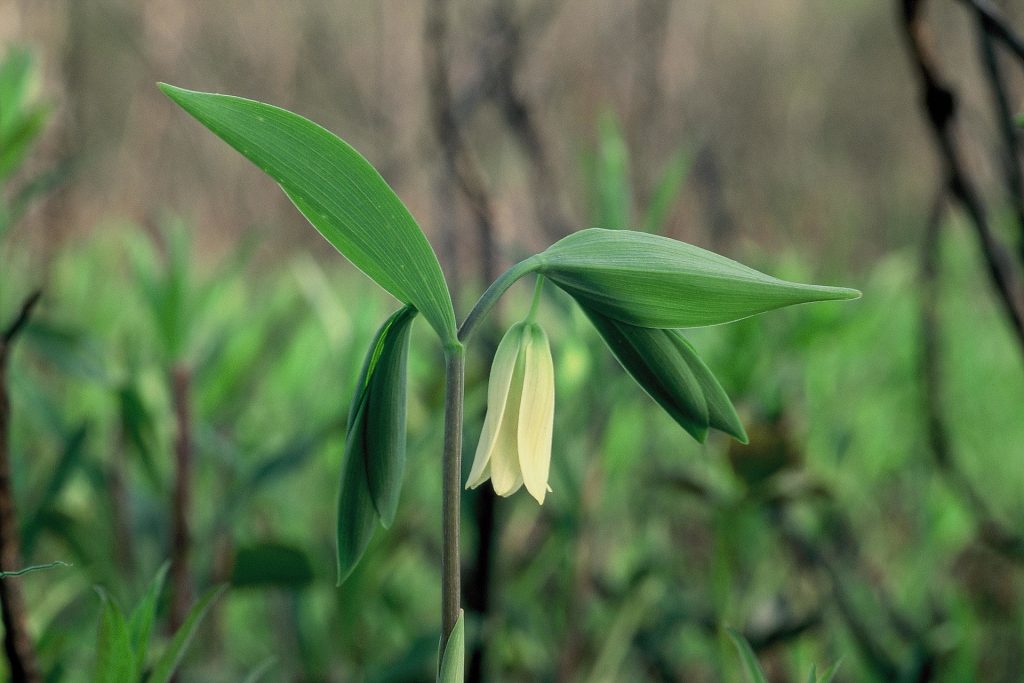 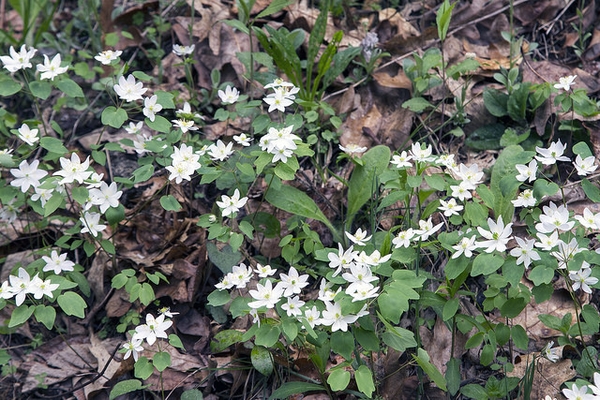 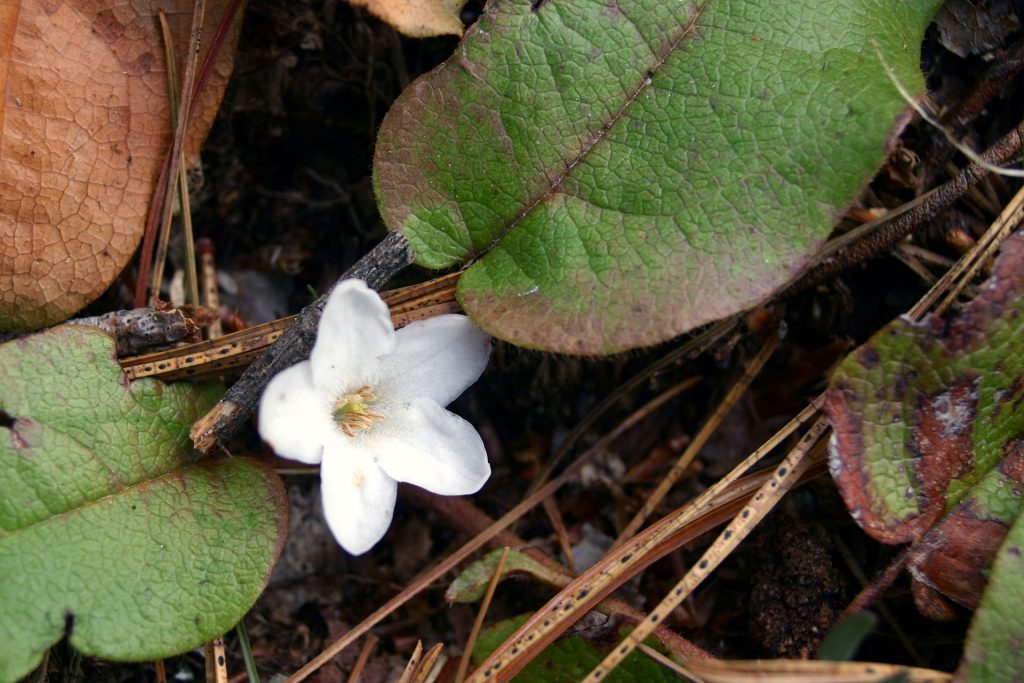 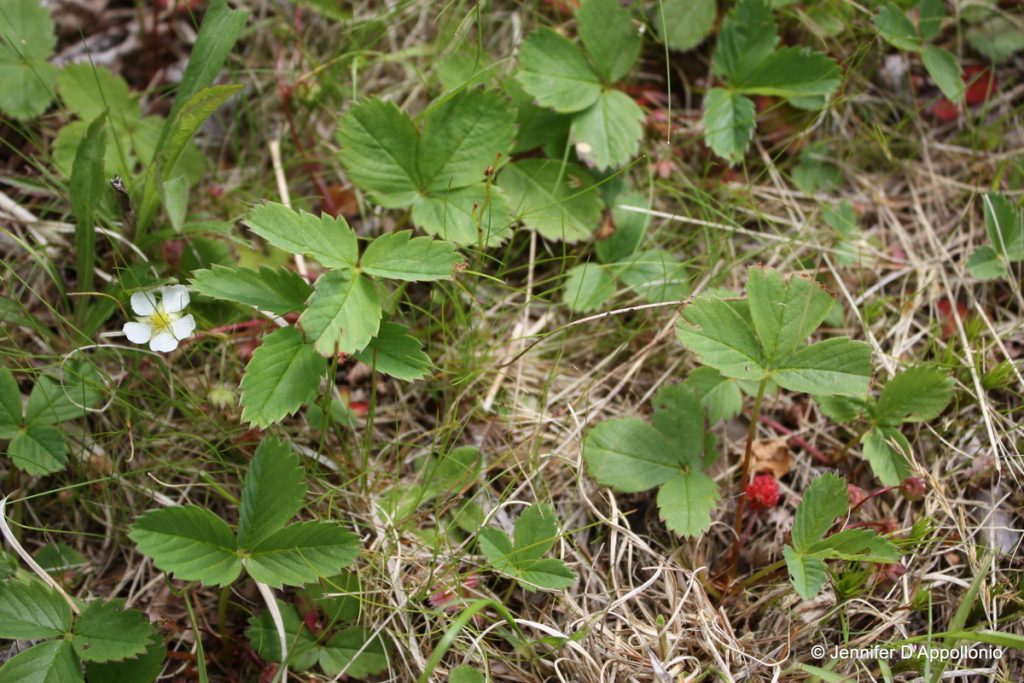