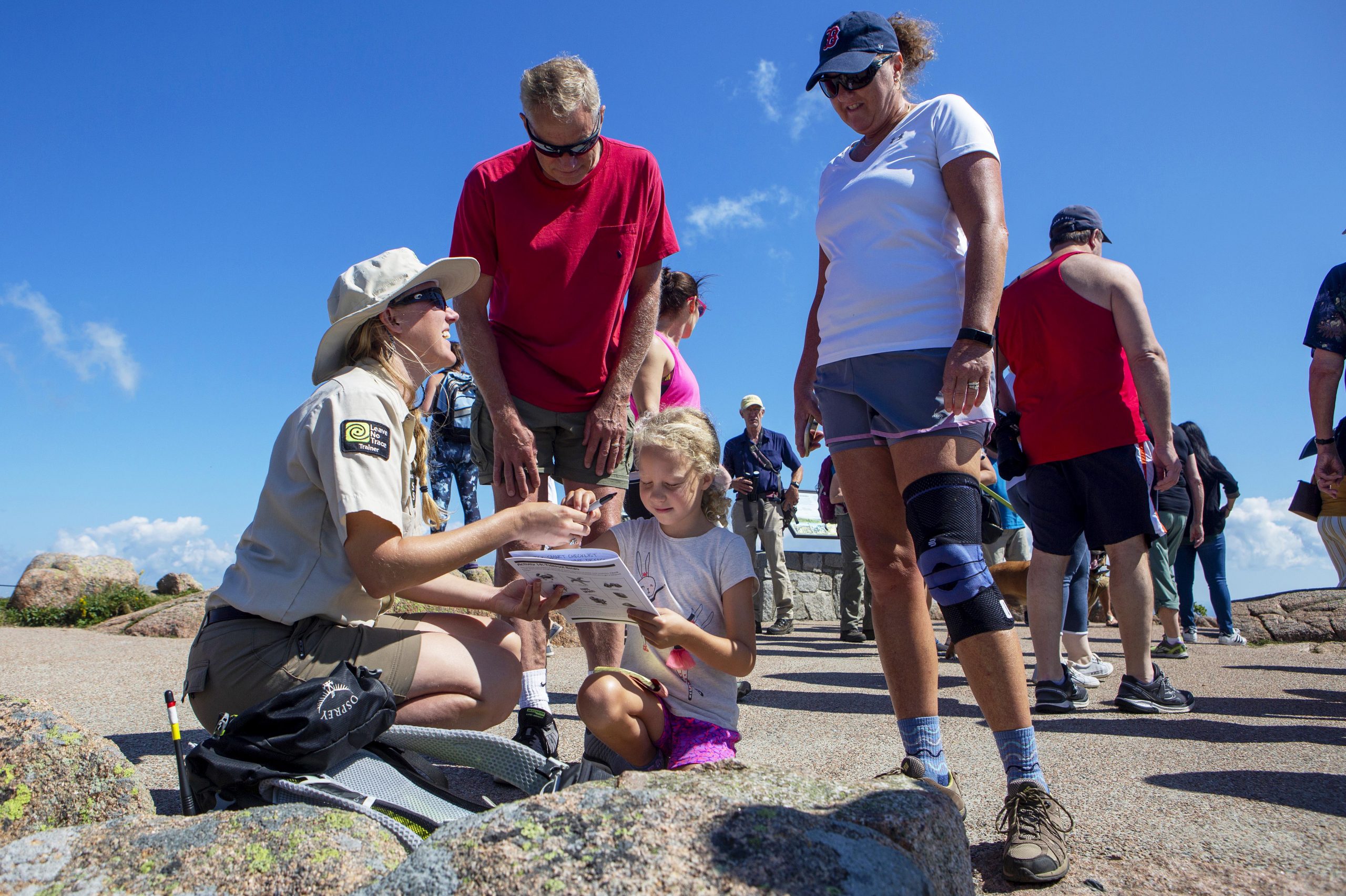 ACADIA NATIONAL PARK — Friends of Acadia has added capacity to front-line efforts to help protect and preserve the natural and cultural resources of Acadia National Park.

Two long-time seasonal field staff, Recreation Technician Becca Stanley, and Summit Steward Coordinator Stephanie Ley will now be working additional hours. Wild Acadia Project Coordinator Brian Henkel, who through an FOA grant funding his position for the past five years has headed up the Cromwell and Marshall brooks watershed studies, will join them as year-round employees.

“Brian, Becca, and Stephanie are performing valuable work in the field for FOA and the park,” said Stephanie Clement, Conservation Director for Friends of Acadia. “These folks are extending the park’s ability to tackle issues such as climate change, traffic congestion, and visitation growth.”

Stanley assists park staff in studying recreational use in Acadia National Park. She maintains electronic counters on carriage roads and trails, monitors traffic counters at road entrances and exits, and administers visitor questionnaires annually. Becca is FOA’s full-time Recreation Technician Lead after working in the position seasonally for three years. In 2016, she graduated with a B.S. in Natural Resources from Northland College in Wisconsin. She will be attending the University of Maine for a master’s degree.

Before joining FOA, she actively worked with the U.S. Forest Service as a wilderness ranger in the Boundary Waters Canoe Area in Minnesota. Stanley loves hiking Acadia’s peaks, swimming at Pond’s end, recreationally hauling lobsters with her husband, Tim.

Ley joined FOA seasonally as a Cadillac Summit Steward in 2016. In 2017, she was promoted to the coordinator position when the Summit Steward and Ridge Runner programs merged. Ley coordinates with multiple park divisions to assist staff in protecting Acadia and educating visitors on Leave No Trace principles. One of her favorite perks of the job is meeting visitors from all over the world on top of Cadillac Mountain.

After graduating with a Bachelor of Science in Forest Resources and Conservation from the University of Florida, Ley began her career at the Florida Forest Service. Before settling in Maine, she lived in Flagstaff, AZ, where she worked at Walnut Canyon National Monument. Ley never tires of hiking and kayaking in Acadia, but in winter she often travels internationally and to visit family.

Friends of Acadia’s Wild Acadia initiative is a collaboration with the park that takes a watershed-based approach to improving ecological conditions, increasing resilience, and maintaining the cultural authenticity of the park and surrounding community resources. Within this collaboration, Henkel works with park staff and area partners such as university faculty, students, area towns, and conservation non-profits to collect data, assess resource conditions, plan and initiate projects, and coordinate efforts of the park and stakeholders.

Henkel is a graduate of the University of Texas at San Antonio with a Bachelor of Science in Civil Engineering. He has worked as a hydrologist in groundwater and surface water for more than 15 years. He and his family reside in Mount Desert.

Friends of Acadia preserves, protects, and promotes stewardship of the outstanding natural beauty, ecological vitality, and distinctive cultural resources of Acadia National Park and surrounding communities for the inspiration and enjoyment of current and future generations. Visit www.friendsofacadia.org.