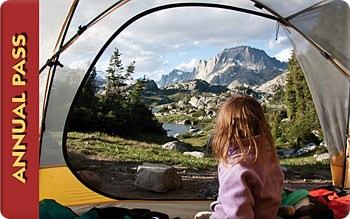 The legislation would provide the immediate family of fallen servicemembers with access to the National Parks and Federal Recreational Lands Pass Program. The program offers a number of benefits for Gold Star Families, including free access to national wildlife refuges and national parks, like Acadia National Park.

Golden and King introduced the legislation after a constituent came to them with a suggestion for the bill.

“Free access to our national parks and public lands is a small but meaningful way for our country to thank Gold Star Families,” said Congressman Golden. “We passed this bill through the House in a bipartisan fashion and I’ll continue working to get it to the president’s desk.”

Gold Star Families have been a focus of Golden’s. Last year, helped lead successful efforts to repeal the SBP-DIC offset, commonly known as the ‘widow’s tax,’ in the NDAA. Last May, he cosponsored the Gold Star Family Tax Relief Act and helped pass it through the House. The legislation would ensure that the survivors’ benefits of military families weren’t subject to surprise taxes.

Golden has also prioritized protecting public lands. He helped introduce the Great American Outdoors Act, which will provide funding to address the maintenance backlog at national parks, and permanently fund the Land and Water Conservation Fund (LWCF). The bill is expected to pass the House this week.

You can read the original press release, including quotes from Maine conservation and veterans groups, about theGold Star Families Park Pass Act here.