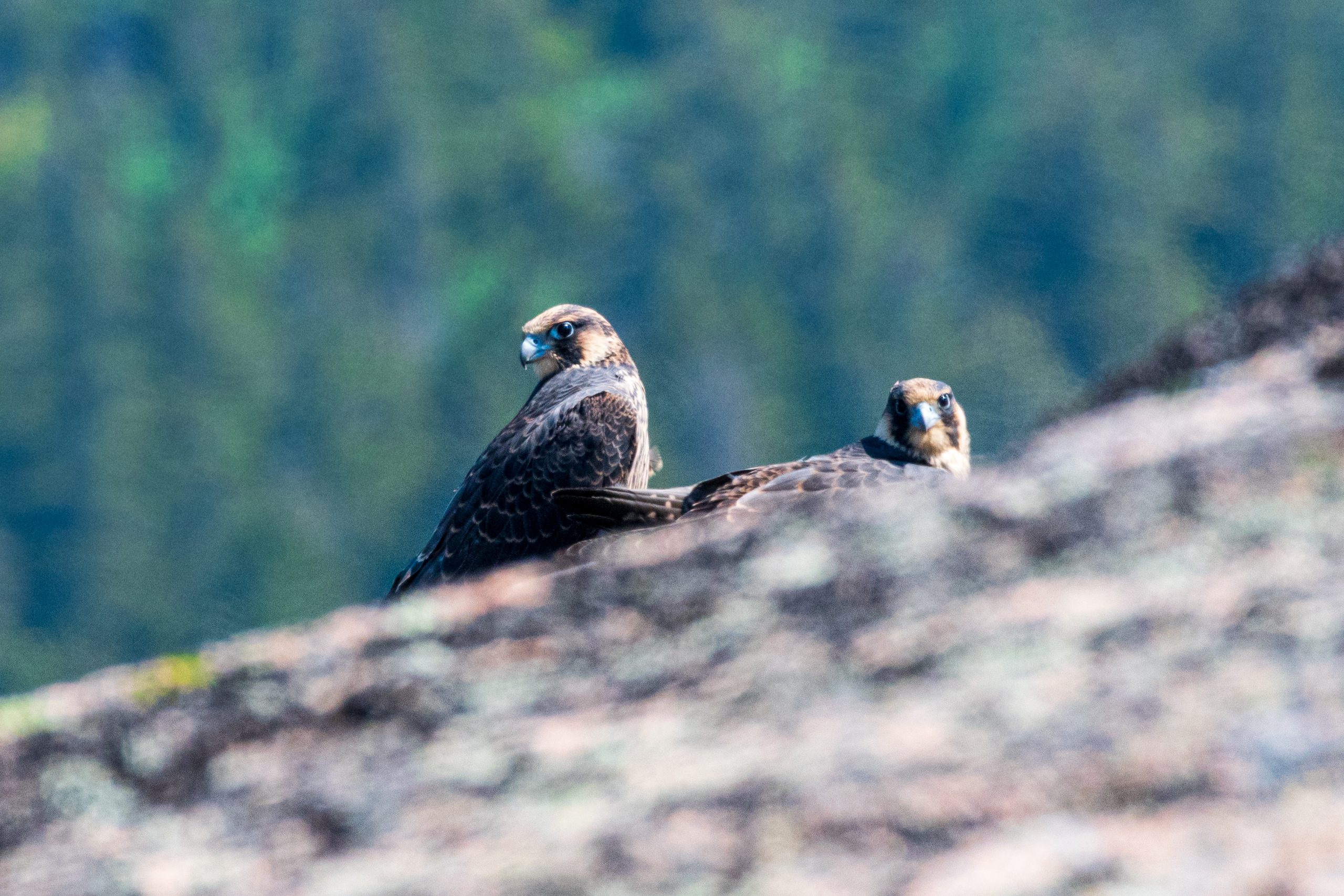 Park staff have observed adults at these sites engaging in courtship and pre-nesting behavior signaling the birds’ intentions to nest and raise chicks during the spring and early summer. The National Park Service has closed the cliffs and associated trails to public entry to protect the peregrine falcons from inadvertent disturbance or harassment during the nesting period.

Research has shown that nesting peregrine falcons are particularly vulnerable to human activities, which can disturb the adults and make them less attentive to the eggs or chicks. Human activities near a nesting area can lead to temporary or permanent abandonment of the nest by the adults leaving chicks susceptible to hypothermia, starvation, and predation. Human disturbance that leads to chick mortality slows the recovery of this once endangered species.