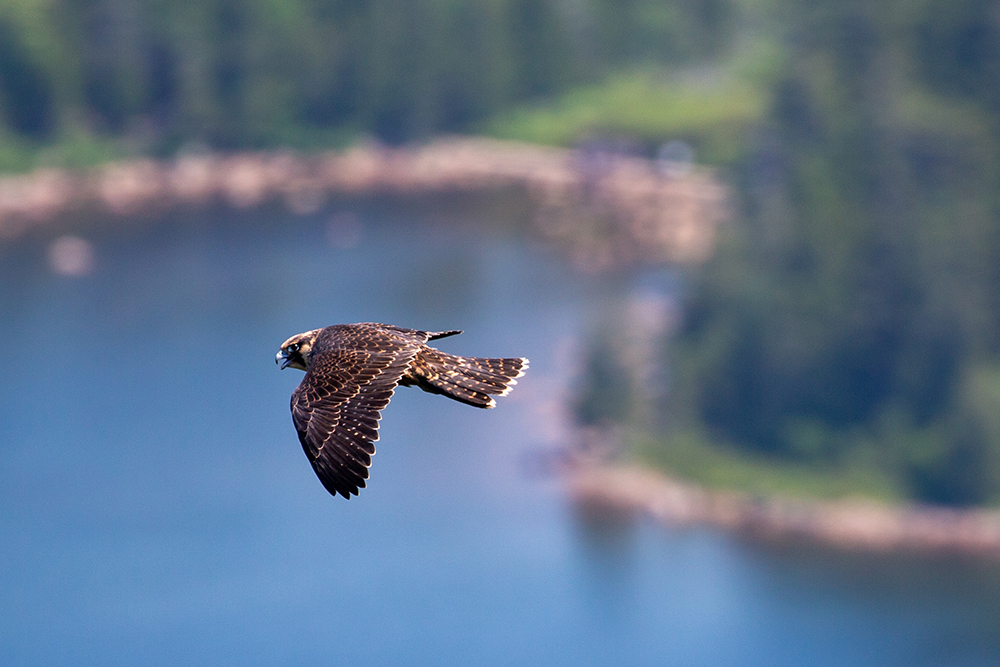 A peregrine falcon flying as seen from the Jordan Cliffs in Acadia National Park. (Photo: Emma Forthofer/Friends of Acadia)

Research has shown that nesting peregrine falcons are particularly vulnerable to human activities, which can disturb the adults and make them less attentive to the eggs or chicks. Human activities near a nesting area can lead to temporary or permanent abandonment of the nest by the adults leaving chicks susceptible to hypothermia, starvation and predation.

Signs at trail heads and trail junctions around the closed areas indicate where public entry is prohibited. Public entry into a closed area is a violation of federal regulations, which is punishable by a fine, imprisonment or both.

The NPS will reopen the closed areas once park resource managers have determined if peregrine falcon nesting attempts were successful or not.

In 2021, three breeding pairs of peregrine falcons made their homes on Acadia’s cliffs: one near Valley Cove Trail, one near Jordan Cliffs Trail and one near Precipice Trail. Two chicks from each pair survived to fledge.