Women of Acadia: THEN & NOW

Home » Women of Acadia: THEN & NOW

With this feature, we begin a series recognizing women of Acadia, both past and present, by introducing their stories in pairs. Although a century might separate some of these women, they share one key trait: having an impact on the health and vibrancy of Acadia National Park. And sometimes, as in this case, they exhibit similar traits of leadership. 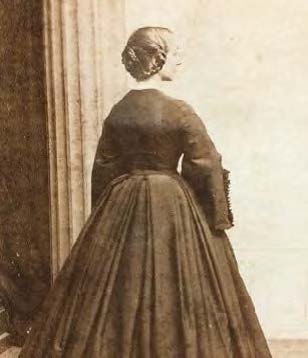 This is a feature in the Women of Acadia: Then & Now series recognizing women of Acadia, both past and present. View the full series.

In 1908, Eliza Homans donated 140 acres surrounding the Beehive and the Bowl to the Hancock County Trustees of Public Reservations—the first large gift of land for what would become Acadia National Park. If she didn’t preserve that land, “my grandchildren may find a ‘Merry-Go-Round’ established there!” she feared. Homans permitted the land transfer to be publicized, but not her name.

Thérèse Picard has rushed into burning buildings and flown on lines under rescue helicopters.

After she and three other Zion National Park rangers saved a 230-pound canyonneer hanging by his ankles 80 feet above the ground, she received a Valor award, the Department of Interior’s highest level of recognition for heroism.

As Zion National Park’s top law enforcement official during a tragic flash flood through a slot canyon, she supervised search operations and served as key contact for press—and families.

It takes serious arm twisting to get Picard to talk about achievements like these, much as Eliza Homans eschewed personal publicity.

She is more likely to acknowledge the teams she leads at Acadia National Park today and say that, as chief ranger, she mostly sits behind a desk handling policy and management decisions.

But she will volunteer that she brings whoopie pies and cookies to teams to acknowledge hard work and long hours. Her leadership style? “I tend to bake,” she says.

Her experience at Zion remains relevant today because Acadia’s law enforcement rangers serve as EMTs on the trails and search-and-rescue (SAR) responders.

SAR was initially how Picard connected to a National Park Service career, one that is “bookended by Acadia,” she adds. After graduating from college in 1993, she moved to Mount Desert Island and worked in hospitality. “I was always in the park, always hiking,” she says. She began volunteering with the nonprofit Mount Desert Search and Rescue, and, through that work, interacted with rangers.

In 2005, she was hired under a student program while completing her master’s degree in park and resource management. Her role became permanent in 2006. At the time, she was the first female permanent law enforcement ranger. When she returned to Acadia in 2017 after her nine-year tenure at Zion, she was still the only woman.

But that is changing. There is now one other woman on staff as a permanent ranger and a second expected to transfer to Acadia this summer.

Picard clearly relishes diverse experiences. The Ohio native, who as a five-year-old aspired to be a pig farmer, grew up to attend academically distinguished Carleton College, where she focused on Native American studies. A survivor of Minnesotan winters, she spent summers in Acadia.

A change in landscape is one reason she loved Zion. “A very different environment, the desert—and different cultures,” she adds. “It was wonderful to work in an area that was so diverse, with the Paiutes, Navajos, and Mormons. It exposed me to new ideas and new ways of thinking and truly helped form how I approach people. When you’re talking to someone from a different culture, it can require adapting to where that person is comfortable.”

Which suggests that strong communication is one of the many talents Picard brings to her role. Ultimately to preserve and protect the park, the challenge is to work effectively with staff, partners, and the public.

That can be a “constant challenge,” she says, with a “fluid workforce” and high expectations from a “massive explosion of tourists” each season.

“We do focus on communication, and it’s not particular to law enforcement transactions,” she notes. “Are you an active listener? Are you really hearing what people are saying? I try to promote a team that is respectful of one another and assumes everyone’s best intentions.”

During a time of increased national park visitation, risk-taking in adventure tourism, and police scrutiny, Acadia is fortunate to have Thérèse Picard on duty.