are Built to Last

Friends of Acadia helps to protect Acadia’s trails and carriage roads in perpetuity. 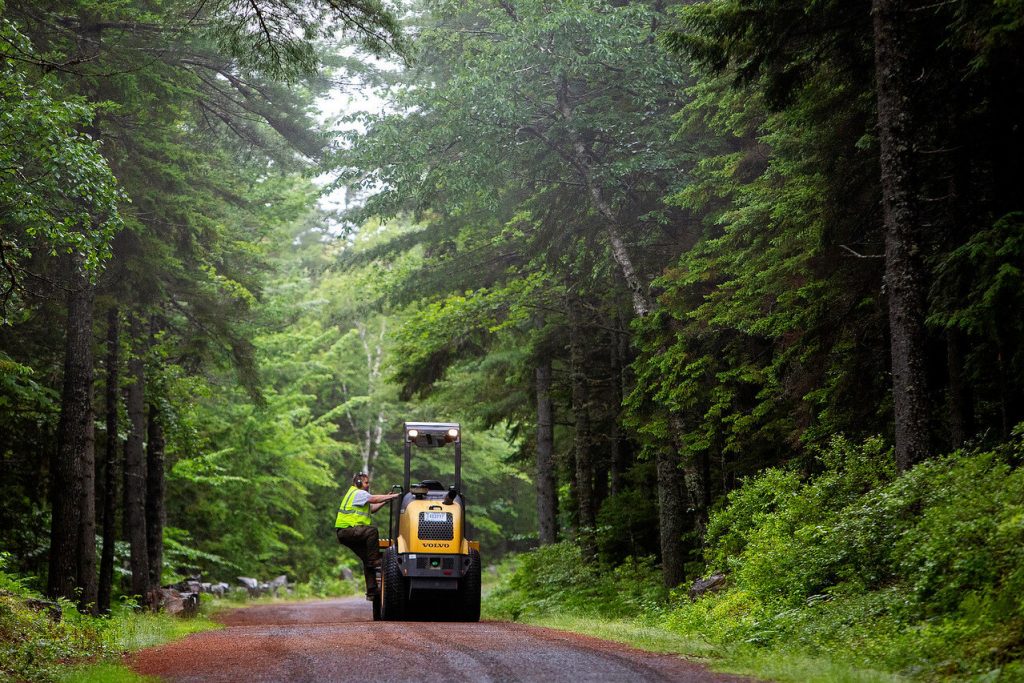 Off-limits to motorized vehicles (except motorized wheelchairs and Class 1 e-bikes), the scenic roads and their 17 historic stone bridges are used by hikers, runners, bicyclists, cross-country skiers, and equestrians.

Similarly, the park’s historic trails are unequalled in their scope and workmanship. Today’s visitors can enjoy stone-stepped trails built by the Civilian Conservation Corps and other path makers, gentle coastal strolls along Acadia’s shores, or challenging scrambles up cliff faces with iron ladders and rungs.

A generation ago, with limited funds and staff, the carriage roads faced significant maintenance hurdles. The carriage roads were among the Friends of Acadia founders’ earliest priorities, and their restoration was the young organization’s first major achievement. This was followed in the early 2000s with the Acadia Trails Forever campaign, a public-private partnership to restore and permanently endow the maintenance of Acadia’s trails.

The Carriage Road and Acadia Trails Forever endowments help Acadia National Park retain a skilled workforce to take care of the legacy of Acadia’s founders. This professional expertise, combined with the dedication of enthusiastic volunteers and sustainable funding for materials and labor, will ensure that the trails and carriage roads retain their value as outstanding recreational and cultural resources. Join us and help care for Acadia’s trails and carriage roads.