Home » About Us » History

In 1986 Friends of Acadia founders envisioned a membership-based and volunteer-powered organization that would translate their love for Acadia into tangible good for the park.

35 Incredible Years at a Glance

1986 The legislative boundary of Acadia National Park is established. Friends of Acadia is incorporated with an initial contribution of $50 from Marianne Edwards.

1987 The first Journal of Friends of Acadia is distributed as an insert in area newspapers. 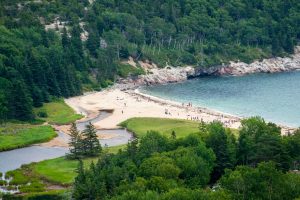 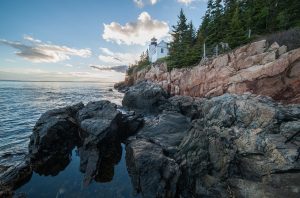 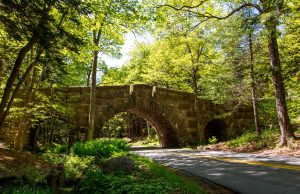 1996 The Carriage Road Campaign ends, leveraging a commitment of $6 million in federal appropriations to reconstruct the carriage roads, and creating a $4 million fund to maintain the roads in perpetuity.

1997 Friends of Acadia works with state and local partners to avert a clear-cut on 1,600 acres on the Schoodic Peninsula adjacent to park lands. Wheelchair-accessible carriages are donated to Acadia National Park and their maintenance endowed. The Ridge Runners program is established and endowed. Friends of Acadia hires its first field crew leader to lead volunteers on work projects in Acadia National Park.

1998 Working with the park, Friends of Acadia achieves a first-in-nation legislative jet-ski ban on all ponds inside Acadia.

1999 The Acadia Youth Conservation Corps is endowed with an anonymous gift. Friends of Acadia co-develops and co-funds the Island Explorer bus system. Acadia Trails Forever, the campaign to restore and endow the trails of Acadia, is announced and receives the first-ever $5-million gift to a conservation organization in Maine, making Acadia the first national park in the nation with an endowed trail system.

2002 L.L.Bean pledges its first $1 million to support the Island Explorer.

2008 Acadia Quest is introduced, challenging young people and their families and mentors to explore, discover, and protect Acadia.

2010 Friends of Acadia has over 3,500 members. Friends of Acadia lobbies the Maine Legislature successfully to limit open carry of firearms in Acadia. A formal relationship with the Wild Gardens of Acadia is established to ensure their future viability. Cumulative Friends of Acadia grants to Acadia National Park and communities surpass $15 million. 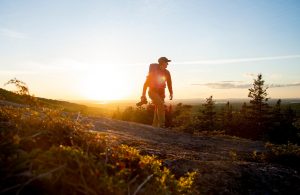 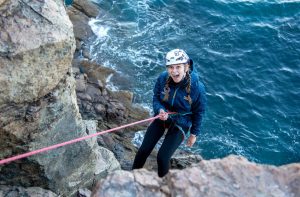 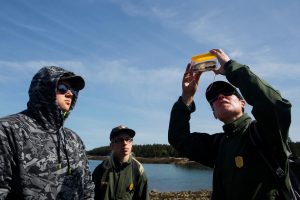 2011 The Acadia Youth Technology Team is initiated with a $25,000 grant to celebrate Friends of Acadia’s 25th anniversary. Lower Hadlock and Round ponds are protected through Acadia Land Legacy.

2012 The first phase of the Acadia Gateway Center is inaugurated, giving the Island Explorer bus fleet a permanent home.

2015 An ambitious new vista-clearing program along Acadia’s motor and carriage roads gets support from a Congressional Centennial Challenge Grant, matched by Friends of Acadia. The 1,400-acre Schoodic Woods property opens with a new campground and new hiking and bike trails, and the lands—now permanently protected—become Acadia National Park’s newest asset.