Every year we put a call out in the Friends of Acadia E-News and on social media for stories of love from, and inspired by, Acadia National Park to publish on Valentine’s Day. Here are some of our favorite 2020 submissions: 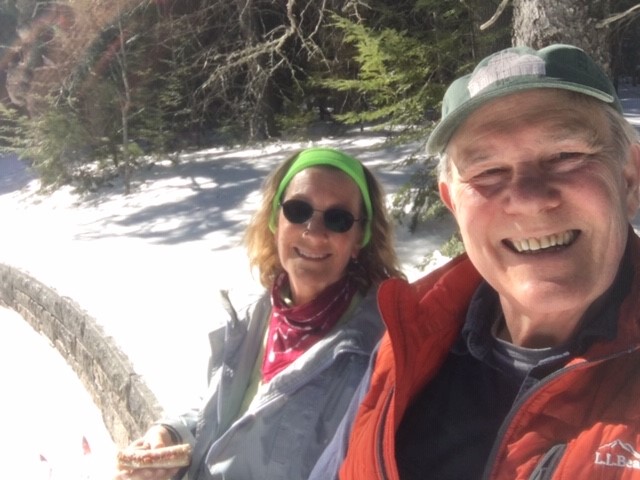 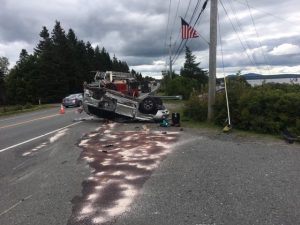 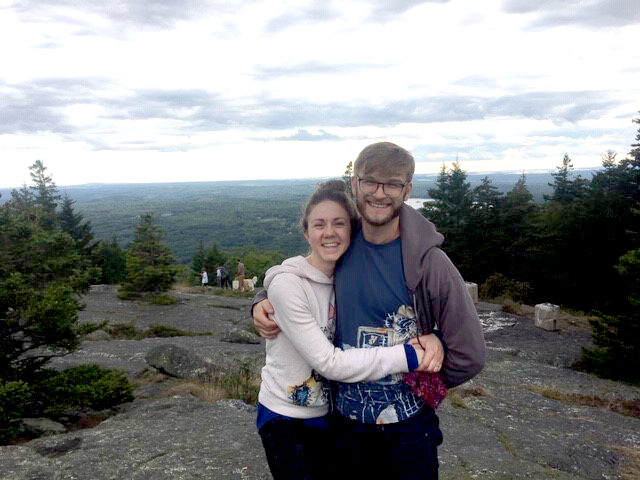 My wife Lori Huckel and I were married at the Seal Cove chapel in June 1972. We started skiing on the carriage trails that December and have been skiing every winter since. Our son Zach and his new wife, Christa, also decided Acadia was where their wedding would be. It went smoothly despite our vehicle being hit by a “lobster roll lover” while passing the Trenton Lobster Pound shortly before the wedding. The accident created the biggest traffic jam of the summer by blocking the bridge to get on an off the island. –Rob Bauer

We have two generations of honeymoons in Acadia. My parents were there in 1941. We have on the wall of our house on Great Cranberry Island, a park map marked by my late father “Honeymoon Map.” We found the map among my parents’ things after my mom died in 2000. My wife Elaine’s parents also took her there as a girl. So it was only natural that our first vacation as a married couple in 1968 was camping in Blackwoods Campground. We contacted the motel I had stayed in as a boy, but we were poor students and decided a $3 per night campsite was all we could afford. It was very cozy for newlyweds. 52 years later, we have raised three boys, including one with autism, who love Cranberry and Acadia. Two of them have brought their wives here… so the love continues. Almost 80 years and still going strong. A footnote: The motel my parents initially stayed at had a restriction against Jews. While the manager did not bar them, my parents decided to leave when they saw the Restricted Clientele note on the stationary. Yet that did not stop my folks from having a love affair with Acadia. So, in 1952, our first extended family vacation was to Acadia. — Peter Buchsbaum 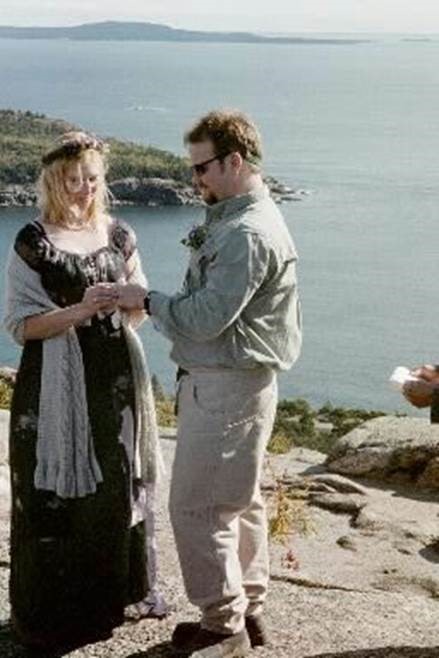 My wife Lynne and I were married October 7, 2000, on top of Gorham. We had 30 people, 8 dogs. One of the dogs was the flower girl, and another dog was the ring bearer carrying the rings on a carabiner to the top. –Mike Staggs 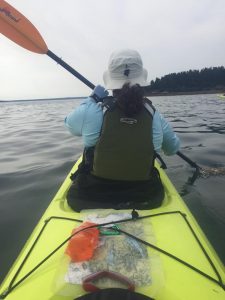 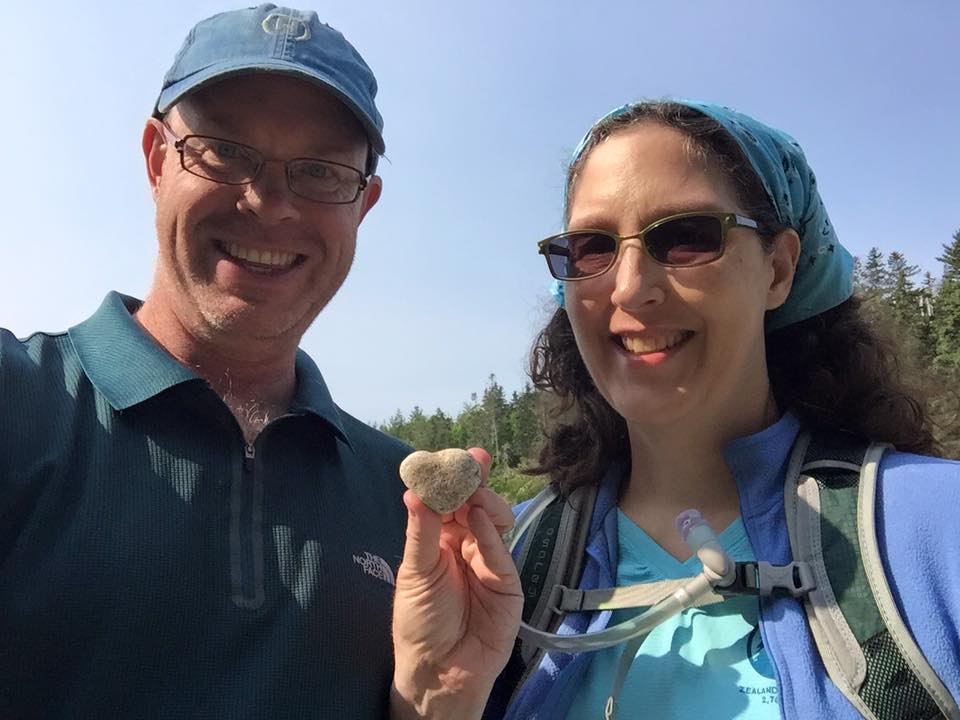 The photo is of me and my wife, Amy Holden, from the summer of 2016. We’ve been visiting Acadia and MDI nearly every year since the early 1990s. I believe that this was the first year that we spent a week on MDI with Amy’s extended family. We wanted to show our very young nieces “our favorite secret place on the island,” and this photo was taken after searching for pretty stones with them. Later that day, we took a kayak trip out of Seal Cove, and NOTHING says true love like surviving a tandem kayak trip when you are used to solo boats. –Brian Freyermuth 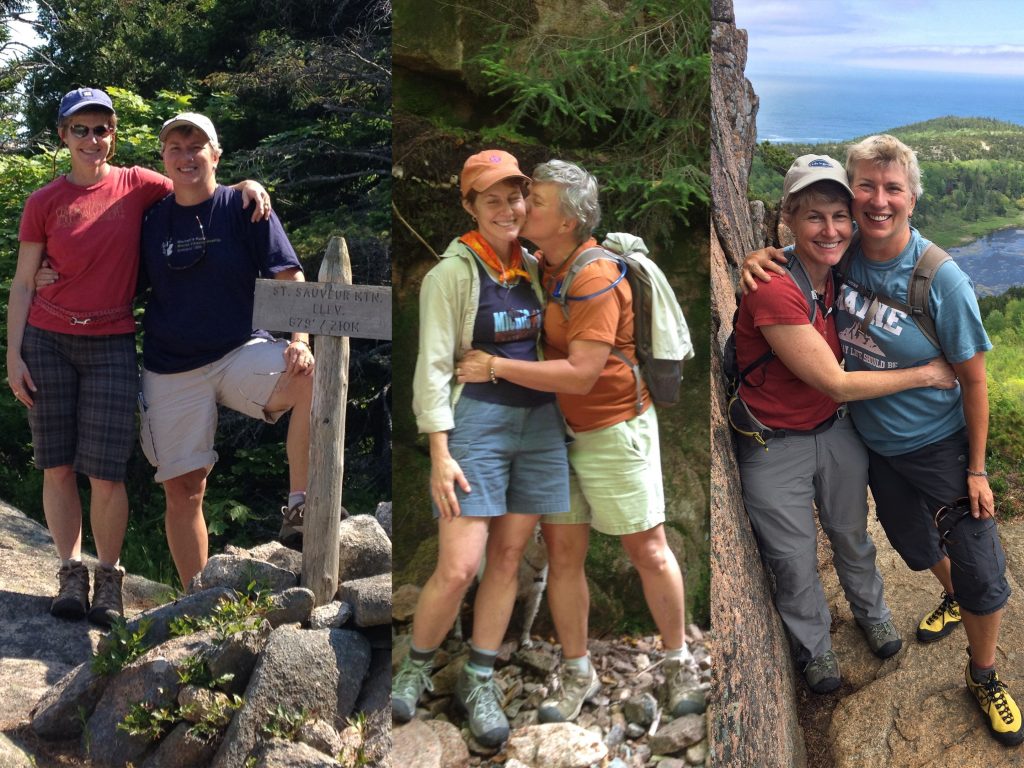 My wife Pepper and I met in Virginia four months before she was transferred to the Southwest Harbor Coast Guard base. Because she was stationed on the “Quiet Side” of MDI, our first Acadia hike together was St. Sauveur Mountain. Pepper and I would travel north or south about once a month to see each other. It would be 10 years before Pepper and I could live together because of her transfers. We traveled to see one another and vacationed in Maine as often as possible. We always knew we wanted to come back to live in Maine (together) one day and we finally do – 21 years after our first date on February 13, 1999. –Lisa Williams 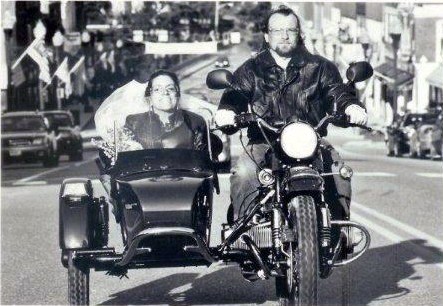 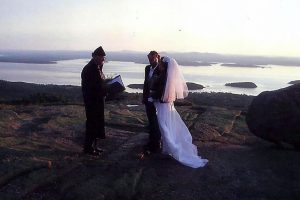 My husband Tom and I were married at sunrise at the summit of Cadillac Mountain on July 3, 2005. We went up the mountain in our URAL (Russian) motorcycle. I was in the side car with my veil blowing out behind me in the breeze and I have to admit I was a little freaked out that my veil might do a Isadora Duncan as the sidecar has its own drive shaft. But everything turned out lovely and was so fun! –Carol Leonard

Eloping Under a Supermoon 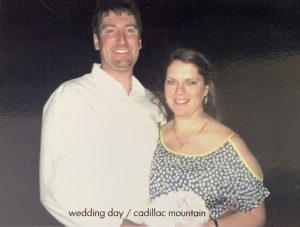 My husband Zack and I met at College of the Atlantic in Bar Harbor, and ten years later we eloped to Cadillac Mountain on midsummer’s eve 2013 during a super moon. We decided to wed that morning and held the ceremony that evening under a giant moon shining off the islands and water, wispy silver-lined clouds, and a blanket of stars. One of our best friends officiated with two more acting as witnesses, then we celebrated with champagne and cookies. It was really perfect for us at the time, since both of our mothers had just passed. For our honeymoon, we went on a cross-country ski trip and visited national parks. A year later, we found ourselves back in Bar Harbor for my new job at Friends of Acadia, where I help to run the Summit Steward team who works to protect the mountain. We now have two wonderful kids born in the shadow of Cadillac and we’re enjoying putting roots down here. — Paige Steele