Ten miles of the 45-mile carriage road system in the park remain closed, along with the Wild Gardens of Acadia at Sieur de Monts, Schoodic bike paths, and Schoodic Head Road. 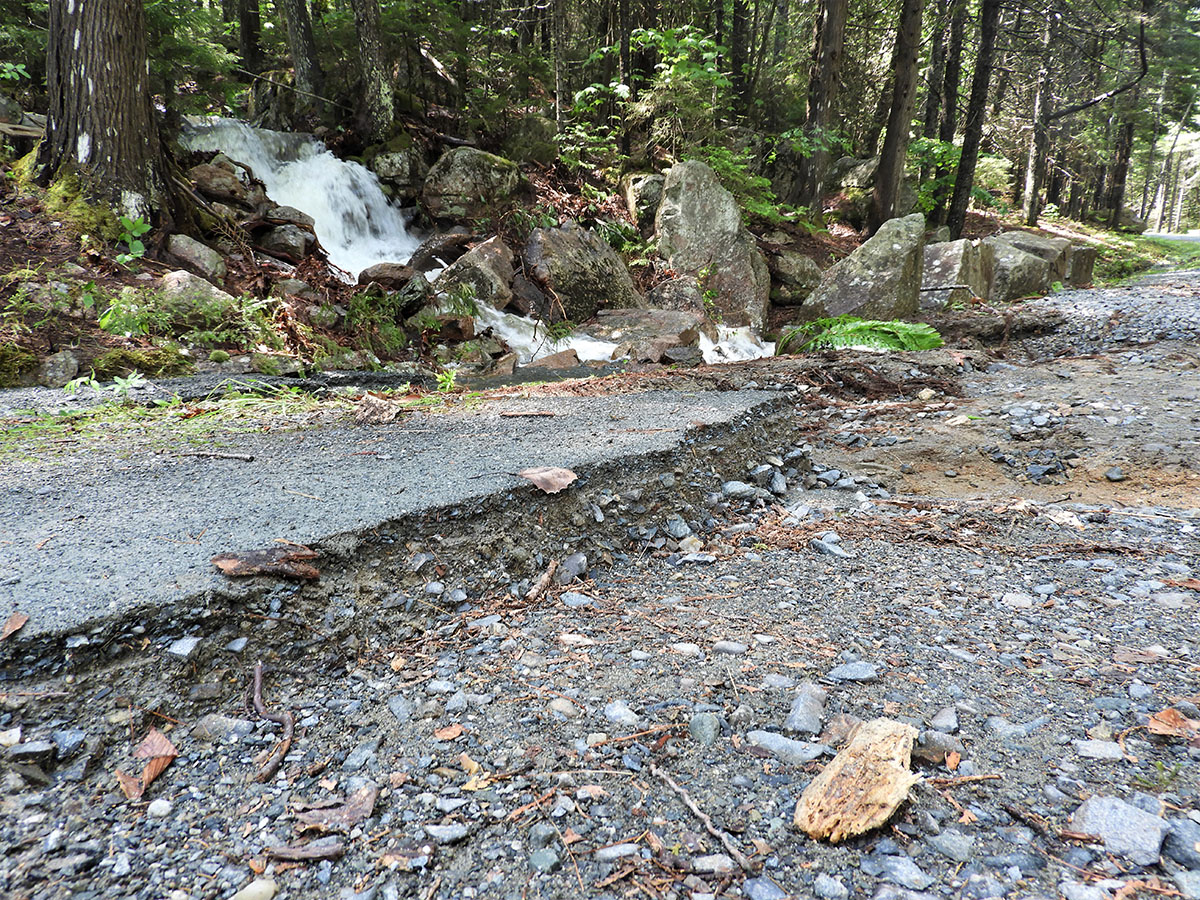 BAR HARBOR, MAINE — Acadia National Park’s carriage roads and other park facilities sustained extensive damage from a severe rainstorm in the early hours of June 9, 2021. Ten miles of the 45-mile carriage road system in the park (22 percent) remain closed, along with the Wild Gardens of Acadia at Sieur de Monts, Schoodic bike paths, and Schoodic Head Road. Hiking trails are open, but certain sections, including foot bridges, may be washed out. Hikers should use caution and avoid crossing damaged sections.

The short duration and intensity of the rainstorm makes it one of the most exceptional weather events in the park’s history. The peak of rainstorm occurred between 4:30 and 7:30 am on June 9 with rainfall totals varying widely across the park. The recorded rainfall totals in the park ranged from 2.5 inches at Jordan Pond to 4.7 inches at the Cadillac Summit. The U.S. Geological Survey stream gage at Otter Creek reached a stage (water level height) of almost 10 feet during the peak of the rainstorm, an increase of 8.5 feet from the week before.

“Thousands of visitors enjoy the carriage roads every day of the summer, and we recognize the importance of opening them as soon as possible,” said Superintendent Kevin Schneider. “We will seek emergency funds and use emergency contracting procedures to repair the damage within the next few months.” 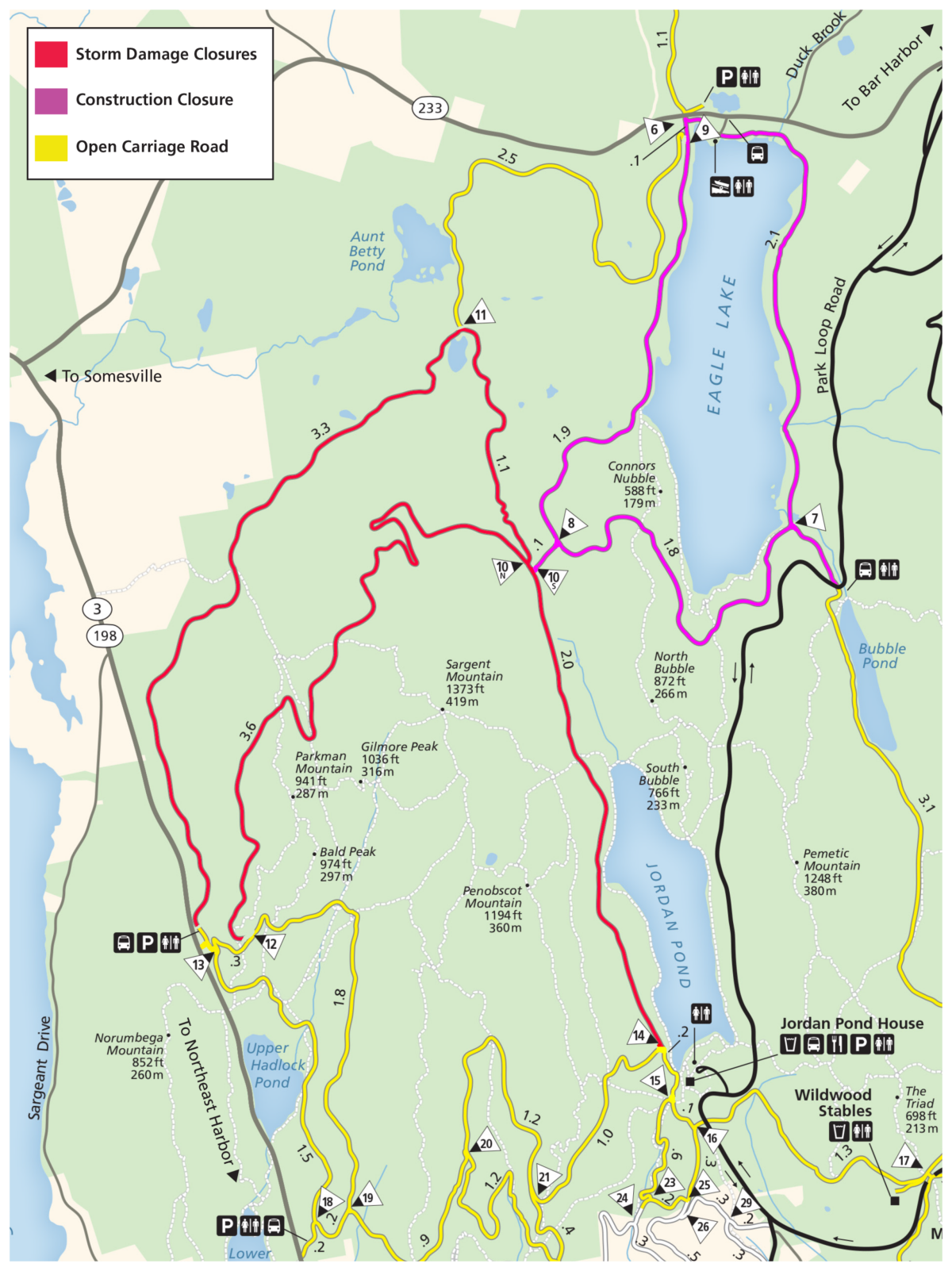 While the National Park Service is still surveying the damage throughout the park, the carriage roads were hit hardest by the rainstorm. The historic carriage roads were constructed from 1913 to 1940 and engineered to withstand heavy rainfall. The carriage roads consist of three layers of rock graduating from large to fine-sized stones at the surface with a substantial crown to ensure good drainage.  Stone culverts and deep ditches provide channels to direct runoff away from the gravel surface of the carriage roads.

The rainstorm was so intense that the volume of water overwhelmed the drainage features and washed out significant portions of the closed carriage roads making them unsafe for visitor use. In many locations, the top two layers of rocks were completely removed.