It was a pleasure to celebrate our accomplishments together. In cased you missed it, a video of the meeting is below.

Thank you to the 200+ members, friends, and staff who attended Friends of Acadia’s Annual Meeting at the Bar Harbor Club, which was held in person for the first time since 2019! We enjoyed seeing you all, sharing our collective achievements from the last year, and celebrating the park we all love so well.

If you were unable to attend, or you’d like to revisit the afternoon’s remarks, you can watch a video of the meeting below.

Attendees were welcomed with opening remarks from Jack Kelley, chair of the Friends of Acadia Board of Directors, and as well as Conservation Director Stephanie Clement, who recapped a year of robust work in Acadia National Park. 2021 achievements included improvements to the Cadillac Mountain site and vehicle reservation system; the work of Friends of Acadia’s Summit Stewards, who logged 42,949 total contacts, 1,220 cairns repaired, and 68 hours of search and rescue assistance; an accessibility assessment that studies 27 park sites and identified short- and long-term priorities for improvement; carriage road work and a new bucket truck, which was gifted to the park by Friends of Acadia; water quality monitoring and the development of model projects for the RAD (Resist-Accept-Direct) approach for managing the park environment for future conditions.

New Friends of Acadia President and CEO Eric Stiles was regrettably unable to attend due to a family emergency. 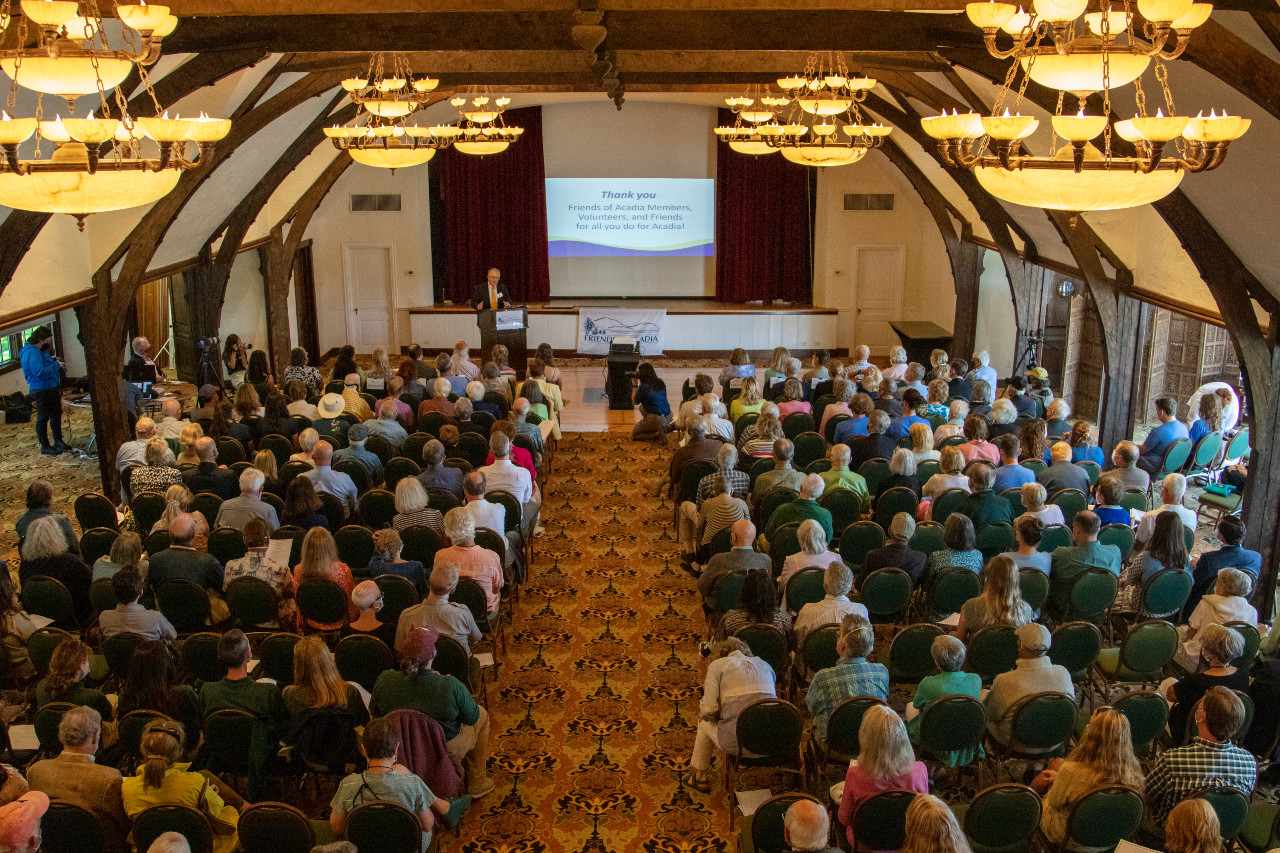 Jack Kelley, Chair of the Board of Directors for Friends of Acadia wraps up the Annual Meeting held at Bar Harbor Club on Wednesday, July 6, 2022. (Photo by Avery Howe/Friends of Acadia) 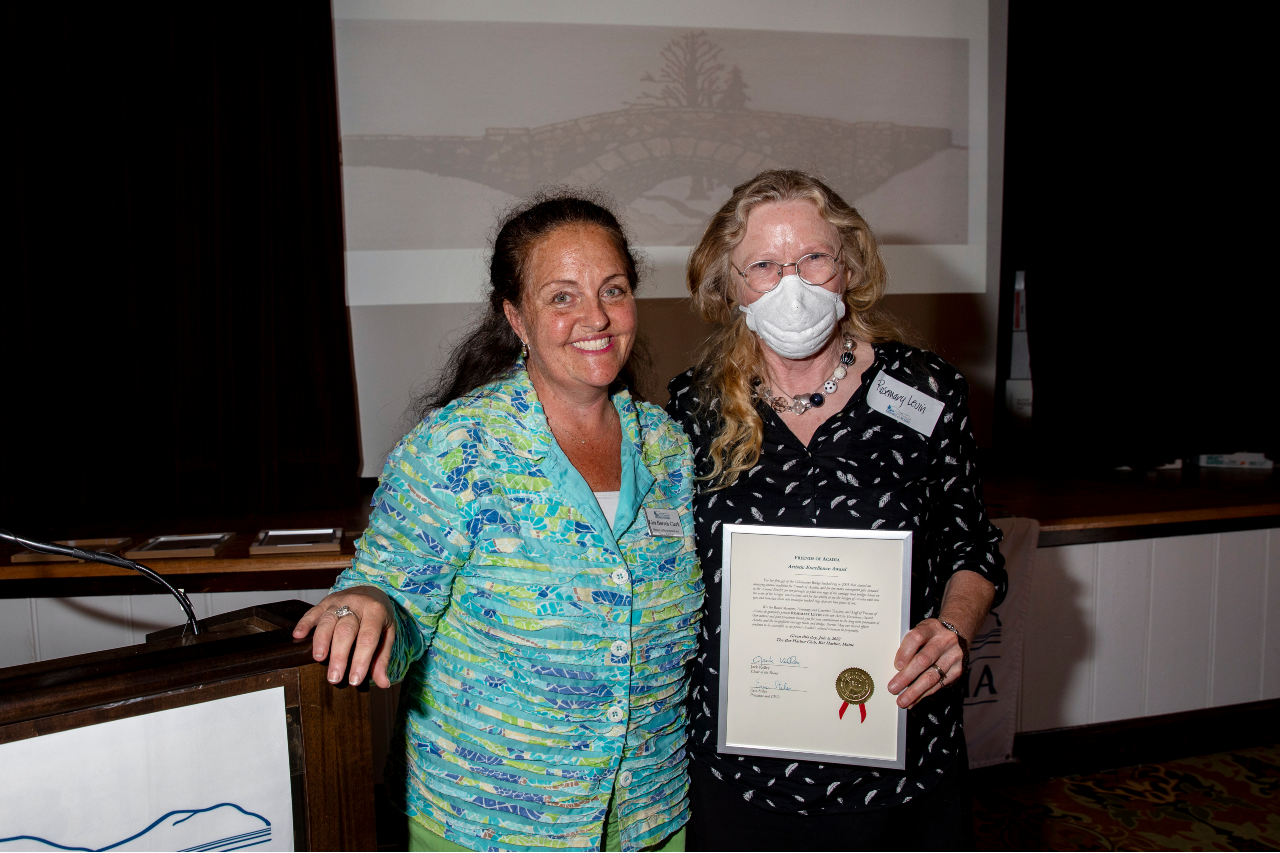 Artist Rosemary Levin received the Artistic Excellence Award for her ongoing series of colorful hooked rugs that feature the carriage road bridges of Acadia National Park. Levin began the series in 2005 and created a hooked rug each subsequent year until the bridge series was completed in 2021. Her first gift of the Cobblestone Bridge hooked rug started a yearly tradition where she donated a rug to Friends of Acadia to auction at its Annual Benefit, raising thousands of dollars for the park. Each subsequent carriage road bridge rug was designed, crafted and donated based on the order of the bridge’s construction. In presenting the award, Director of Development and Donor Relations Lisa Horsch Clark said, “Rosemary’s work gives us the ability to see the bridges of Acadia with new eyes, and her beautifully hooked rugs are true pieces of art.” 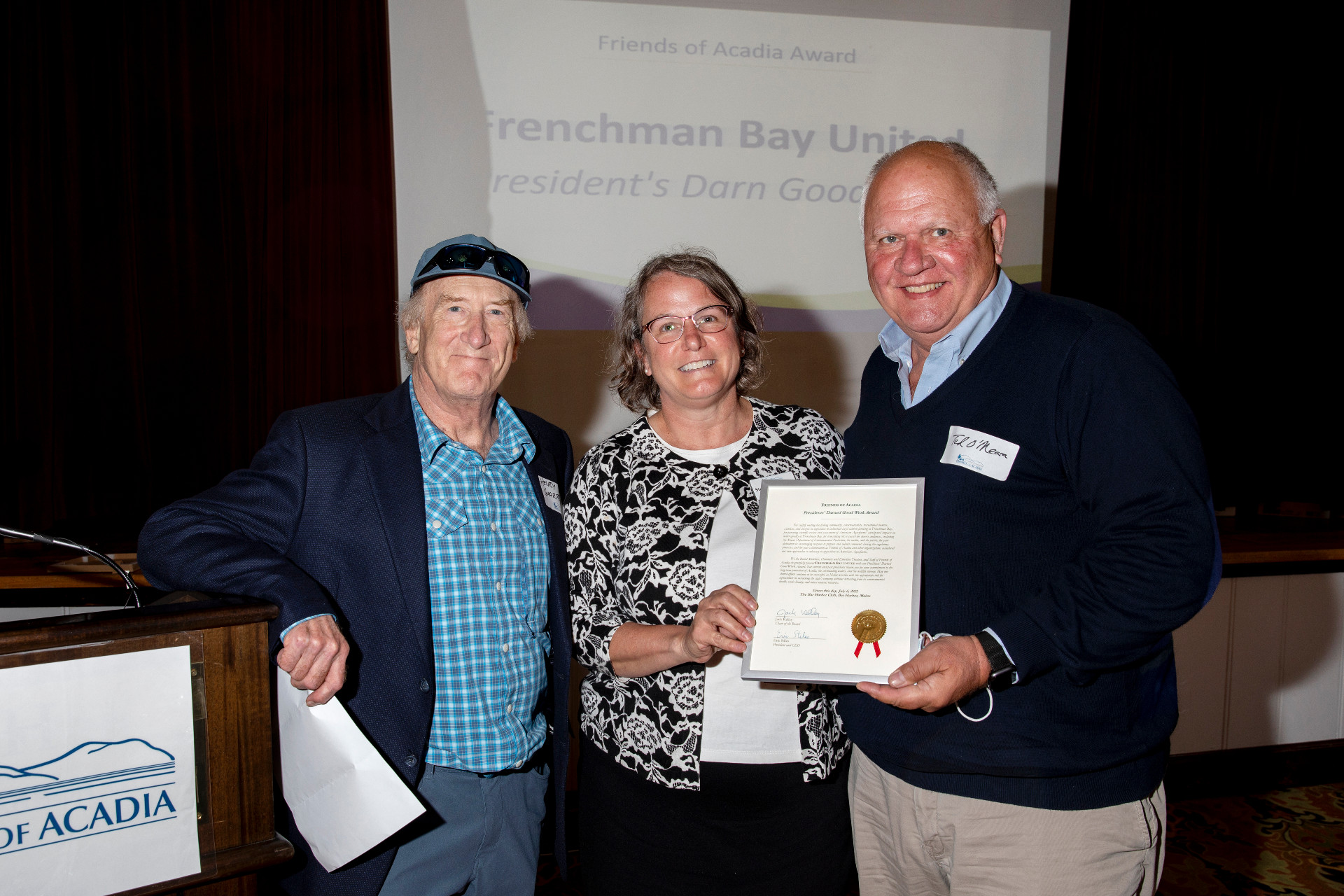 Frenchman Bay United received the Presidents’ Darned Good Work Award for swiftly uniting the fishing community, conservationists, recreational boaters, scientists, and citizens in opposition to industrial-sized salmon farming in Frenchman Bay. The organization continues to pursue scientific review and assessment of American Aquafarms’ anticipated impacts on water quality of Frenchman Bay, and then translates this research for diverse audiences, including the Maine Department of Environmental Protection, the media, and the public. 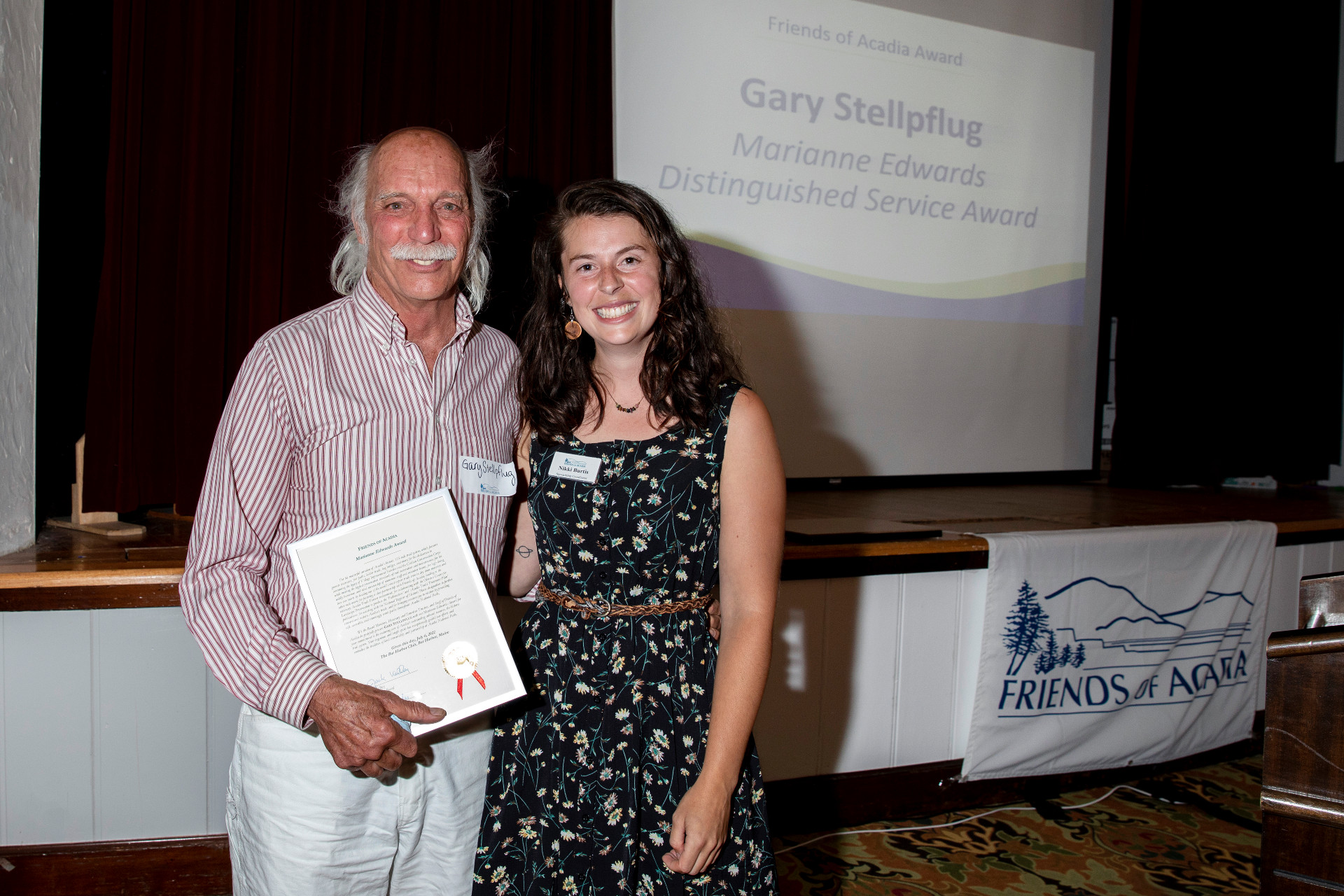 Forever endowment, and collaborated with the Olmsted Center for Landscape Preservation to produce the ‘Pathmakers’ and ‘Acadia Trails Treatment Plan’ publications.

Nikki Burtis, Friends of Acadia’s Stewardship Coordinator, presented the award to Stellpflug. “This award honors Gary’s wildly humorous and kind mentorship of numerous staff and volunteer teams and his leadership of one of the world’s most expert trails crew in dry stone masonry and other rock work,” she said. “Additionally, he assisted with the National Register of Historic Places designation to further steward and sustain Acadia’s trails. And he brings constant joy to visitors by providing safe, accessible, and stunningly scenic paths throughout Acadia National Park.” Stellpflug is retiring from his role at the park in August.