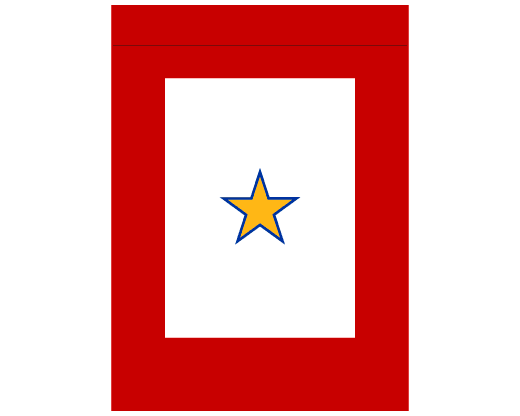 WASHINGTON, D.C. — Friends of Acadia supports bipartisan legislation introduced by Congressman Jared Golden and Senator Angus King on Thursday, March 5 to provide Gold Star Families with free access to National Parks and other federally managed public lands. Gold Star Families are the immediate family members of military personnel who have died in the line of duty.

Specifically, the legislation would make the National Parks and Federal Recreational Lands Pass Program free for Gold Star Families. The pass covers entrance fees at national parks such as Acadia, and national wildlife refuges as well as standard amenity fees at national forests and grasslands, and at lands managed by the Bureau of Land Management and Bureau of Reclamation.

“After a constituent came to us with the idea for this legislation, I went to work with Senator King to make it a reality,” said Congressman Golden. “Our bill is common sense: families of fallen service members should have free access to our country’s most treasured places. It’s a simple gesture, but it can make a difference in the lives of Gold Star Families and that’s important. Senator King and I worked across the aisle with Senators Alexander and Daines and Congressman Wittman to introduce our bill in the House and Senate.”

“America’s Gold Star Families have made unimaginable sacrifices for the safety of our country, and we should do everything possible to help them heal,” said Senator King. “Our national parks are among America’s greatest treasures, and any family who’s lost a loved one in defense of the United States should be able to access those treasures free of charge. This is not complicated – it’s simply the right thing to do.”

Maine-based veterans and public lands groups have announced their support for the legislation. The legislation also has the support of the American Legion and VoteVets.

“Acadia and all our National Parks have always been wellsprings of inspiration and solace for the American people,” said David MacDonald, President, Friends of Acadia. “We applaud this effort to increase access to the restorative powers of nature, and the touchstones of our shared cultural heritage for Gold Star Family Members who have endured the hardships and heartaches associated with the sacrifices made by their loved ones to defend this country”

Greg Johnson Executive Director of The Summit Project said, “We honor and value deeply the tremendous support that both Congress and the surrounding population have shown for our military community. These Gold Star Families have gone through more than we could ever imagine without experiencing first-hand the loss that they have endured.

“Nothing could ever truly make them whole again; the least we can do is offer our support in these simple, yet ever-important ways.”

“America’s public lands are among our most treasured natural resources, inspiring awe and providing space for reflection,” said Emmie Theberge, Federal Director, Natural Resources Council of Maine. “Giving Gold Star families access to benefit from the healing power of nature in our national parks and other public lands is a meaningful way to honor these families who have sacrificed for our country.”

Rep. Golden has worked to provide support and relief for Gold Star Families since taking office in 2019. He cosponsored the Gold Star Family Tax Relief Act, which is now law, to protect military families from a suprise tax on their survivors’ benefits. Rep. Golden is also cosponsor of the SFC Brian Woods Gold Star and Military Survivors Act, which would expand benefits — like child care assistance and commissary and exchange privileges — for the surviving families of service members.

Senator King was also a cosponsor of the Gold Star Family Tax Relief Act, which is now law, and fought to reverse this provision of the 2017 tax bill that exorbitantly taxed the families of U.S. service members who died while on active duty. In June 2018, he helped dedicate the first Gold Star Families Memorial Marker in Maine. He has also cosponsored the Gold Star Families Support and Installation Act, a bipartisan bill that would help Gold Star families access military facilities and certain military benefits.

As the Ranking Member of the Senate Subcommittee on National Parks, Senator King is known within Congress as a champion of efforts to preserve, protect, and promote America’s national parks and public lands. He is one of the lead sponsors of the Restore Our Parks Act, which would help address the $12 billion backlog facing America’s national parks, and has been a leading advocate in support of permanently funding the Land and Water Conservation Fund. Both of these legislative proposals took a major step toward enactment in the Senate yesterday.