Home » Beneath the Leaves

A Rich and Vital Ecosystem Exists Under Fall’s Leaf Litter 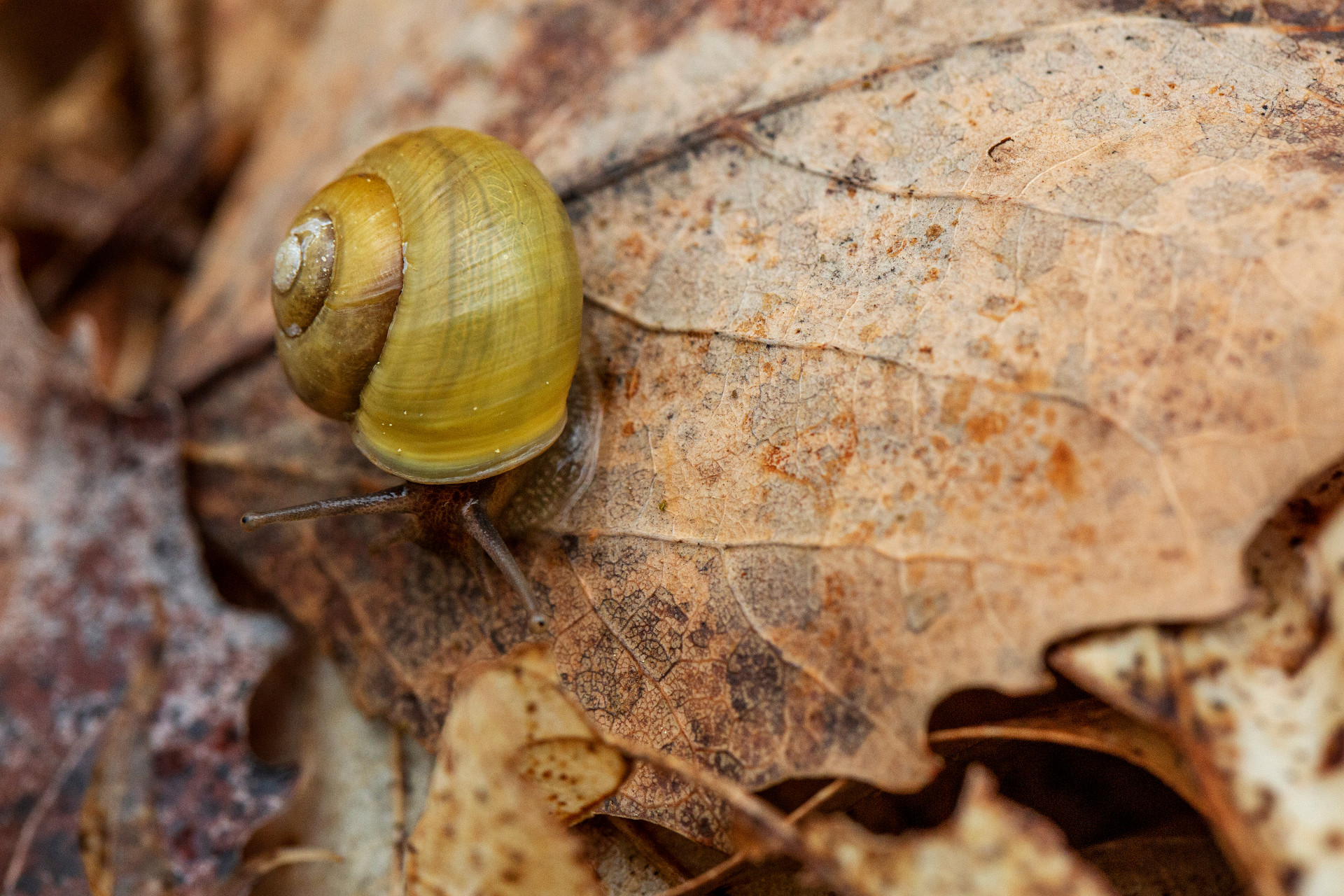 A snail rests on a leaf in Acadia National Park. (Photo by Ashley L. Conti/Friends of Acadia)

Dried leaves and pine needles blanket Acadia’s forest floor in the fall. The crunching of leaves underfoot is a well-known seasonal soundtrack for those who walk the park’s wooded trails and paths. It’s easy to assume that this layer of dry, brown leaves is devoid of life—nothing more than the settled remnants of a vibrant growing season. But take a closer look and you’ll discover there’s a lot happening underneath.

Below that leafy top layer is a moist, insulated, and nutrient-rich habitat that plays host to a diversity of life. This habitat is key to the winter survival of some of Acadia’s poikilothermic animals – animals that rely entirely on external sources to regulate their body temperature.

These cold-blooded vertebrates, insects, and arthropods depend on specific adaptations that help them deal with the stressors of winter in Maine.

Many critters rely on leaf litter 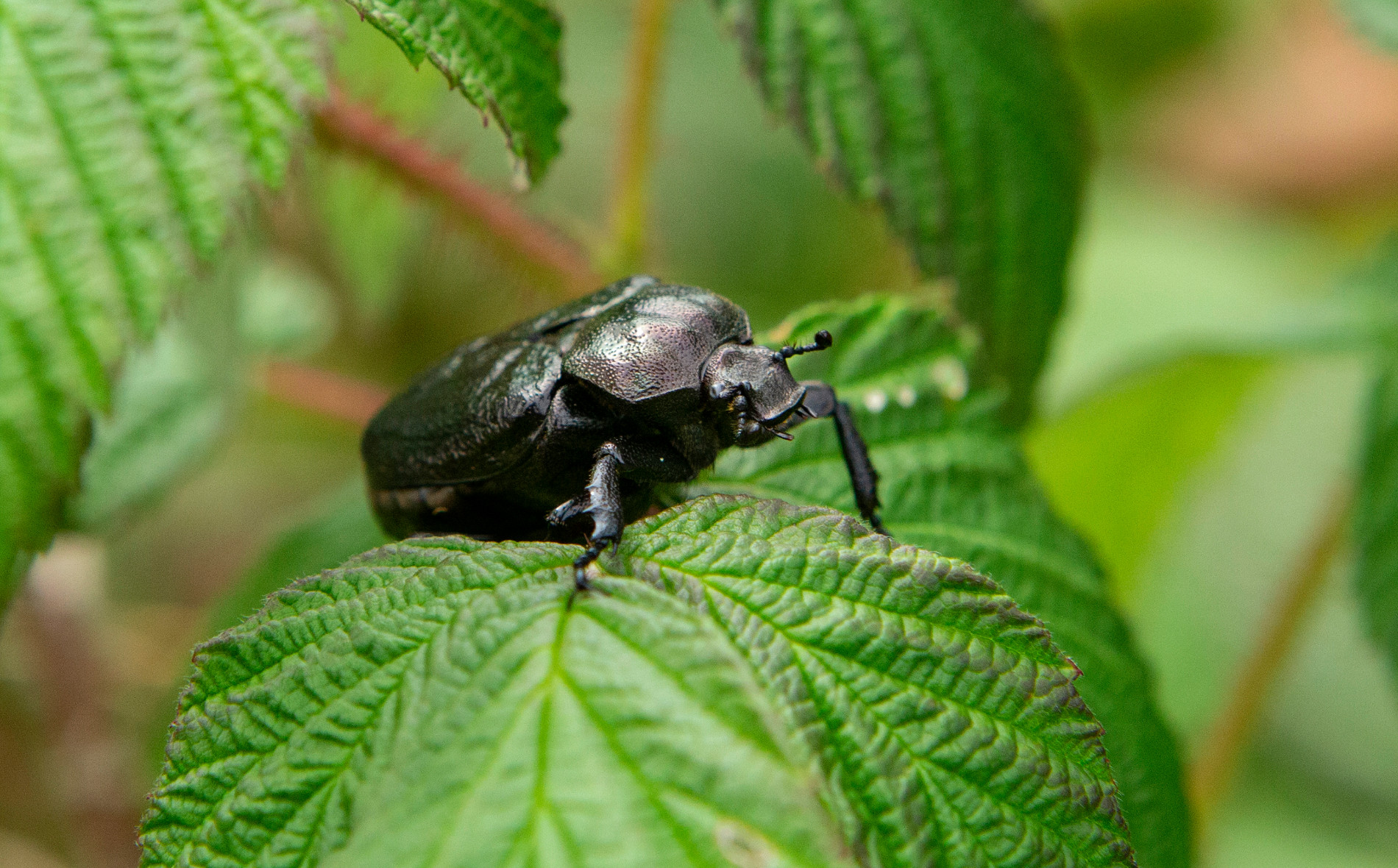 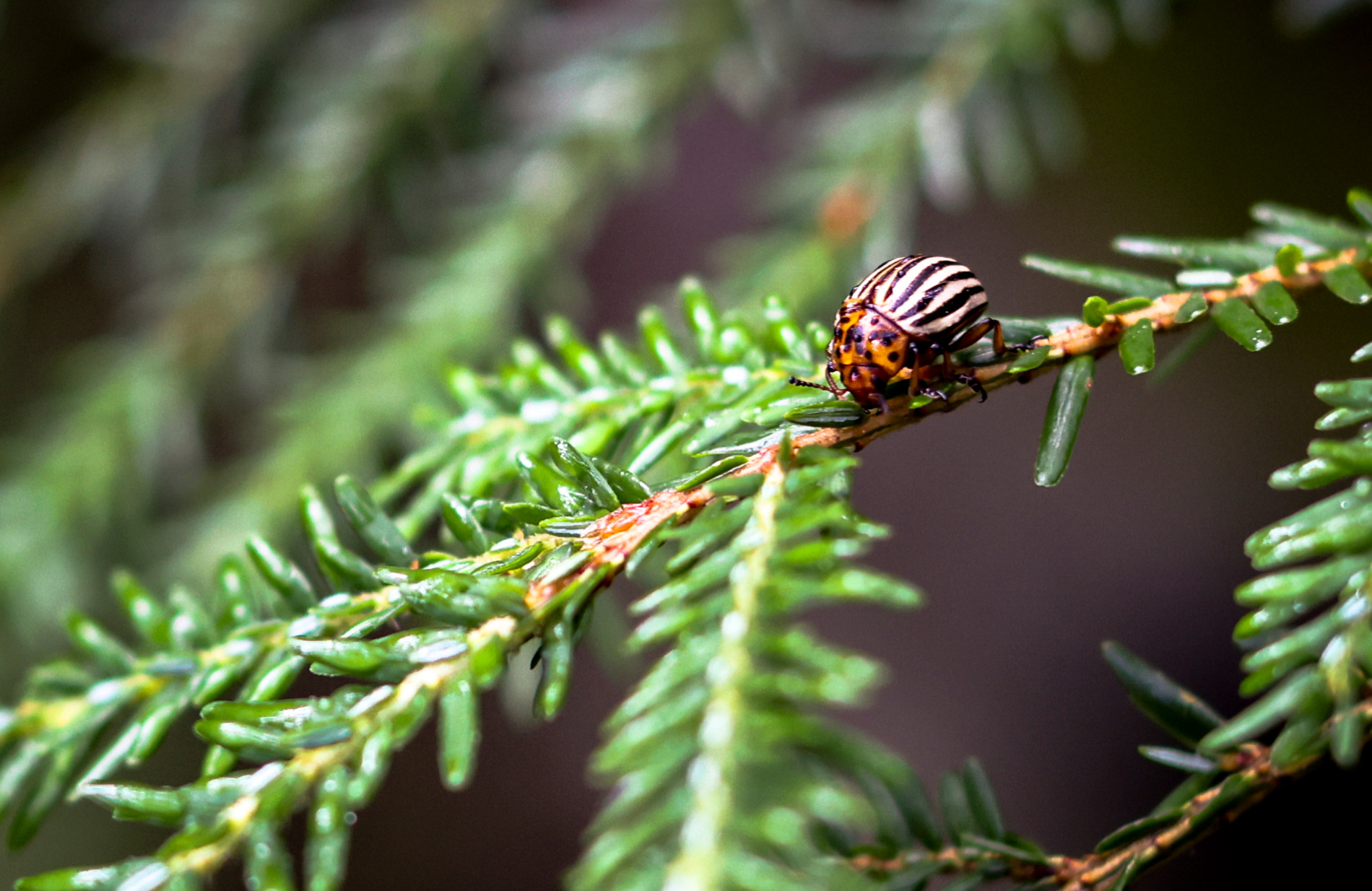 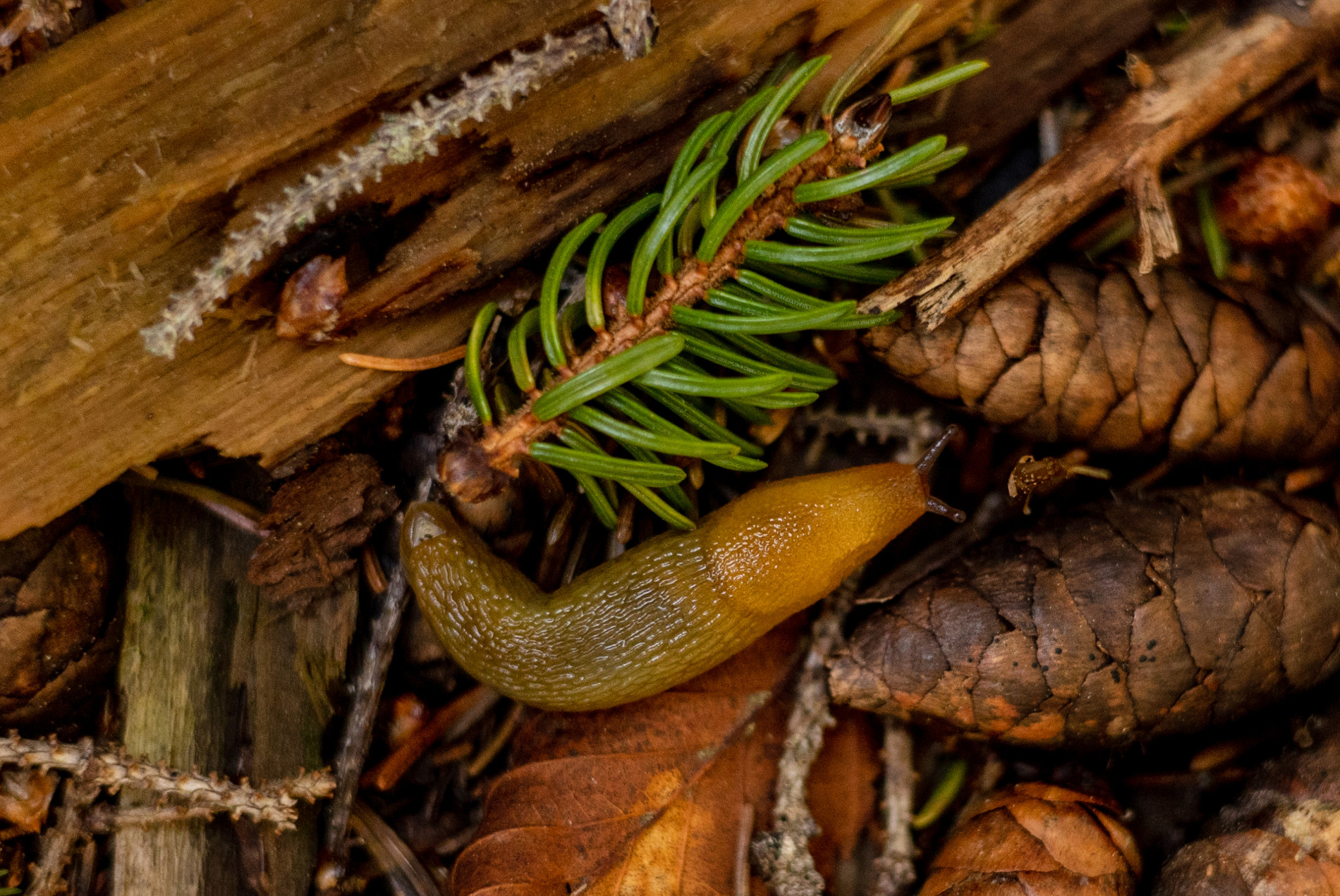 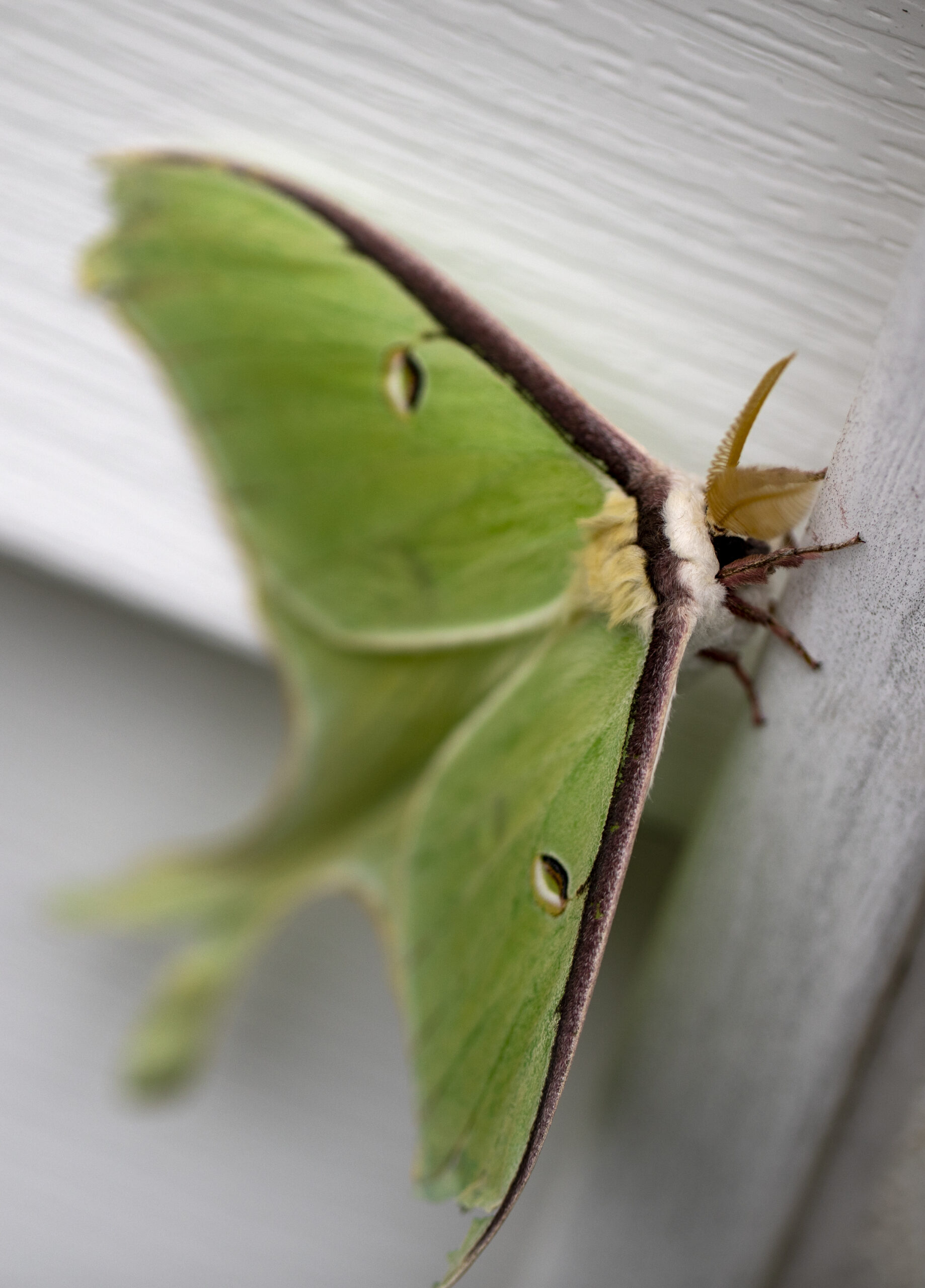 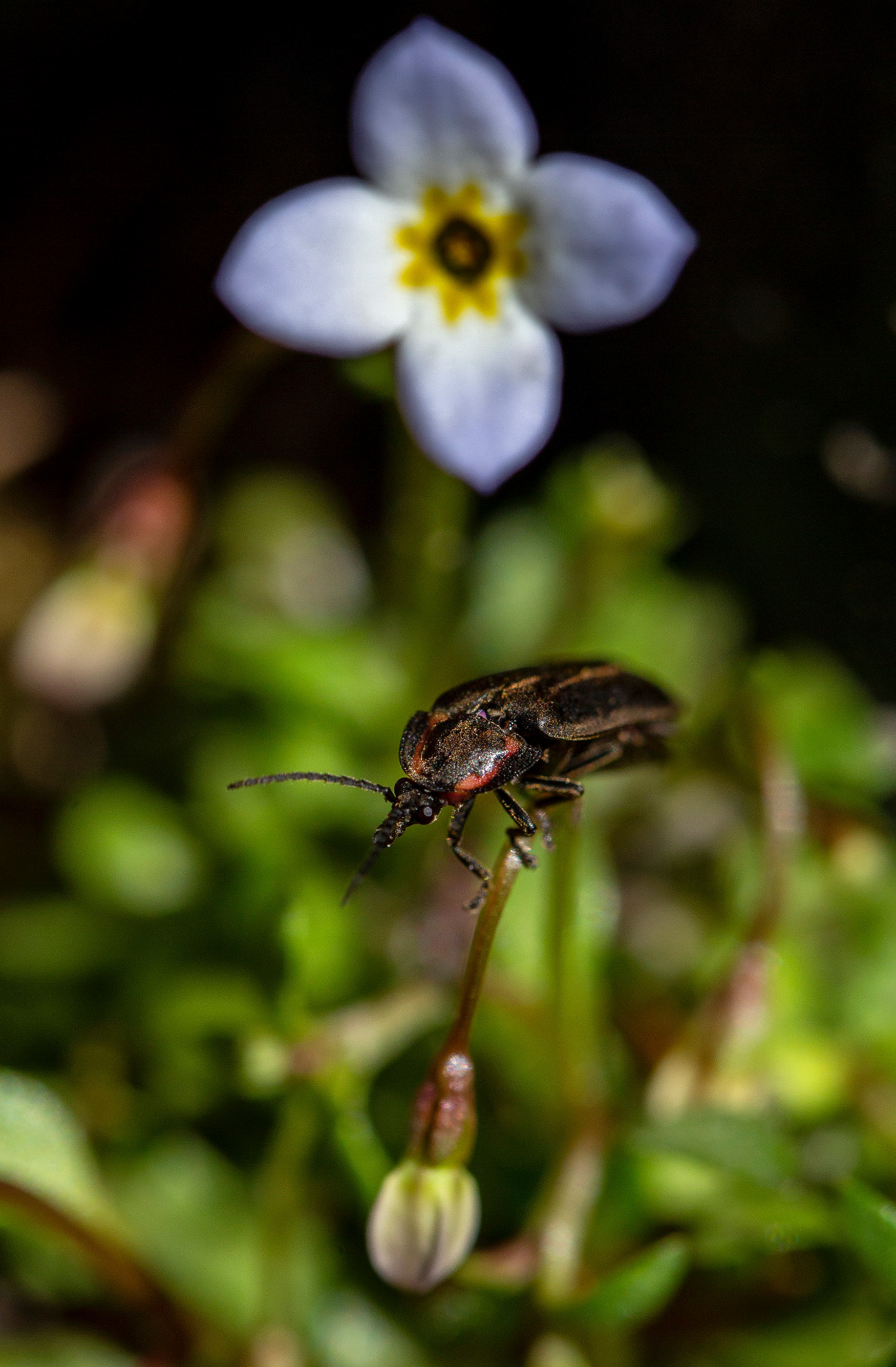 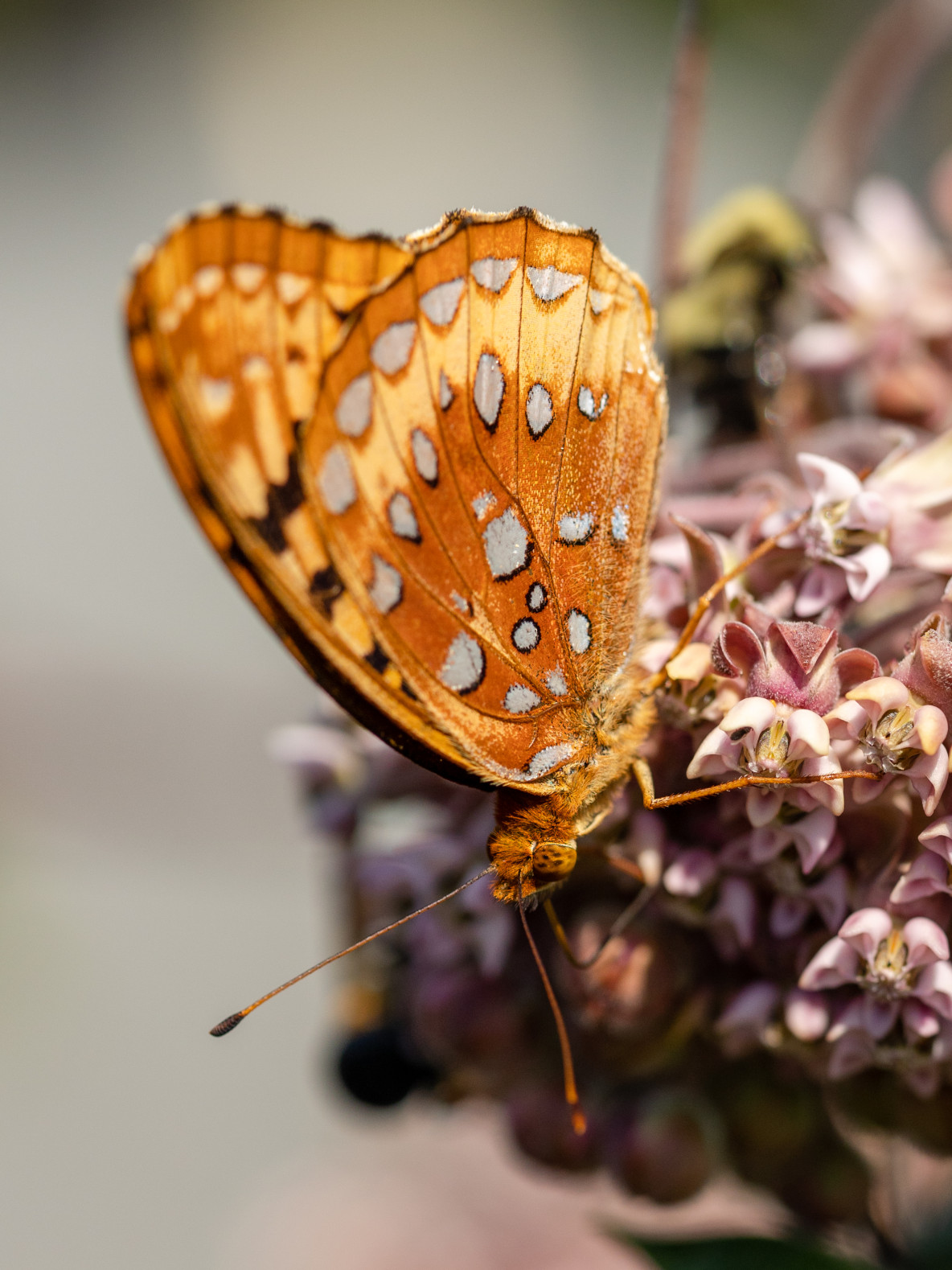 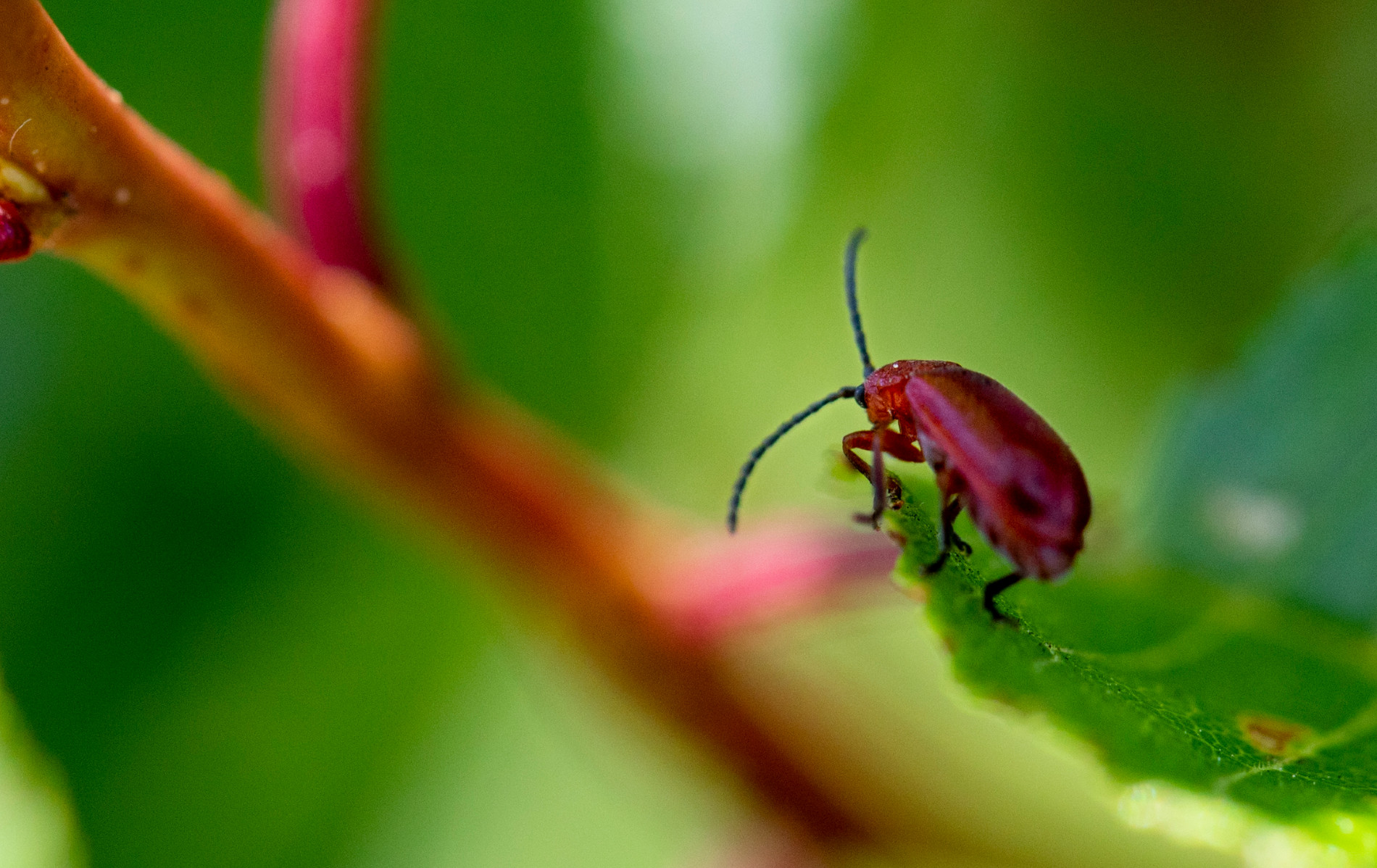 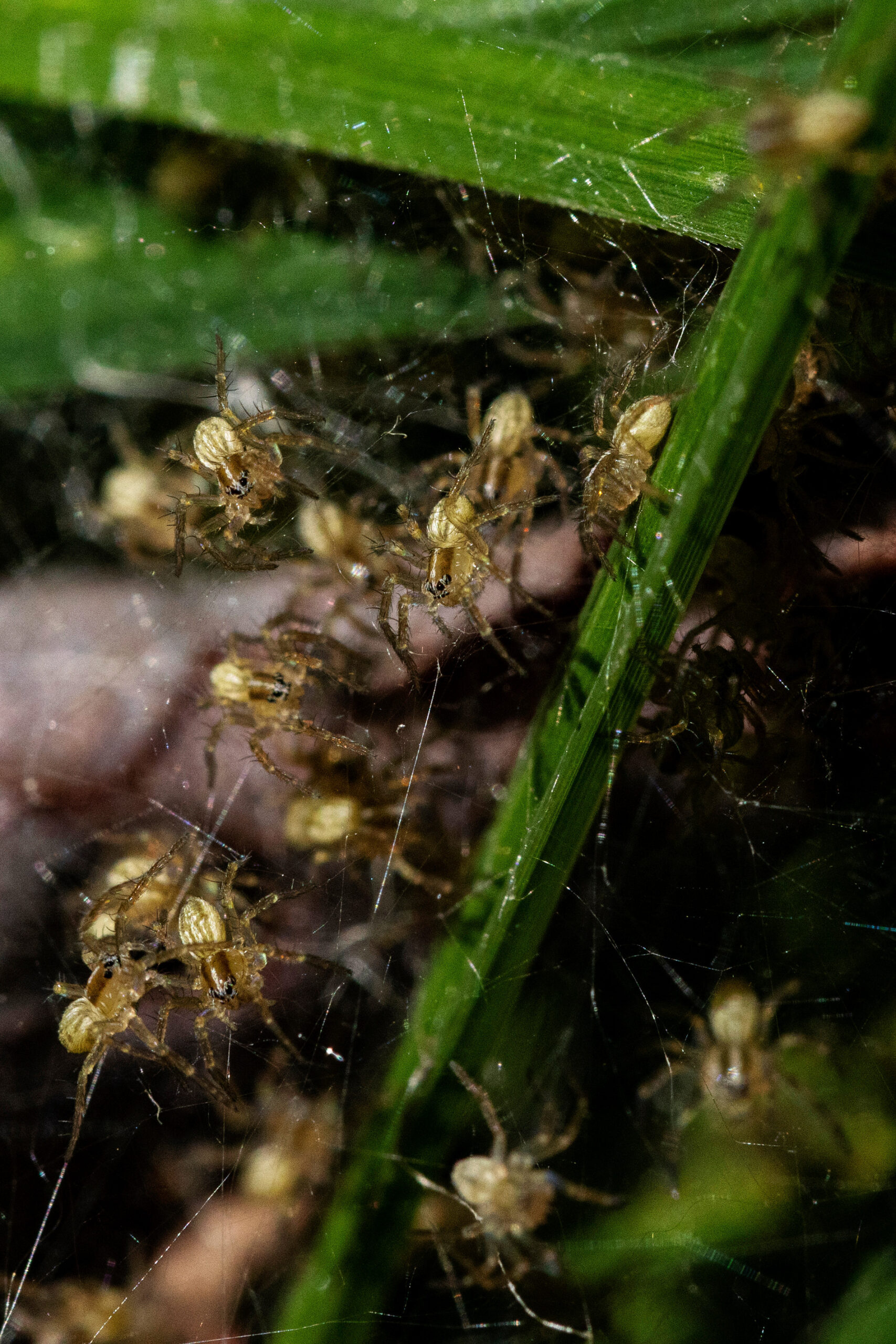 Under the leaves, insects and other arthropods like spiders, mites, and isopods have adapted to lower the point at which their bodies freeze or body fluids crystallize. One of the keys to surviving in an icy world is being aided by both the insulation of leaf litter and by species-by-species adaptations for waterproofing, such as the waxy cuticle covering a beetle’s body or the mucus sealing the opening of a snail shell.

Some cold-hardy insects even produce natural antifreeze proteins to suppress the freezing of their cells—freezing would result in instant death. When the insulating leaf litter under snow dips between 5 and 15 degrees Fahrenheit, these animals survive in what is called a supercooled state. Other insects survive protected from the elements inside the swollen nodules or galls on the stems of woody plants like goldenrod, willow, and wild rose—which often stand above the snow all winter. 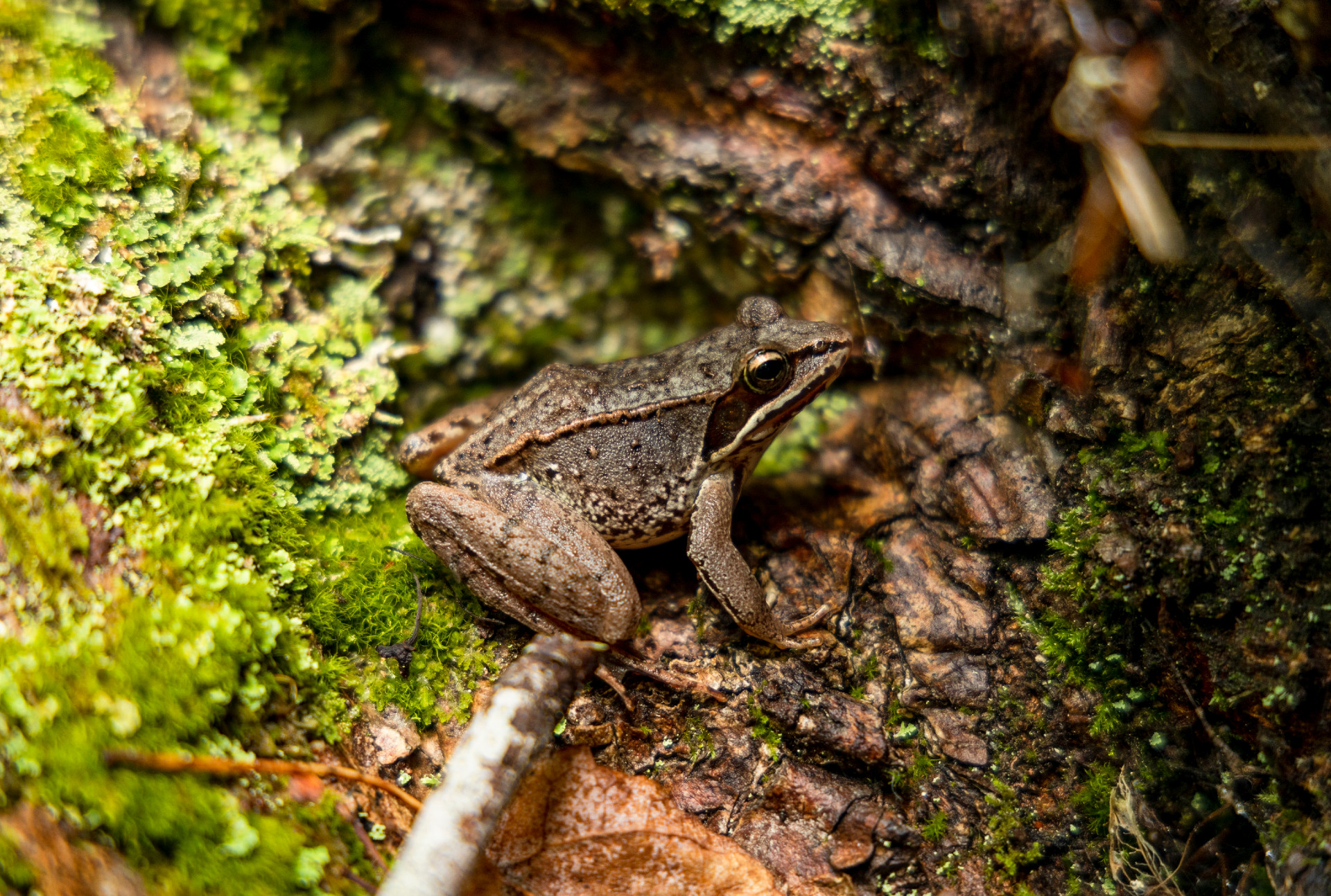 Many of Acadia’s amphibians survive in the stable and insulated environment beneath the surface of frozen ponds and lakes, but wood frogs and peepers are unique in that they survive by sheltering under the leaf litter and are completely freeze tolerant. However, every time these amphibians’ bodies thaw, energy is used to stabilize internal temperatures.

Less snowpack and fluctuating temperatures in the winter can cause a more complex freeze-thaw cycle, and earlier thawing can strain the limits of the wood frog and peeper’s energy reserves, which has a negative effect on survival. Wood frogs are one of the first amphibians to emerge, well before their food sources, so their energy reserves must be substantial for them to survive through their breeding season and then hang on long enough for their food to emerge so they can eat and re-energize.

All species in Acadia are affected by climate change, but those who hang in the balance of a few degrees during our often harsh winters are especially sensitive to even the slightest change. 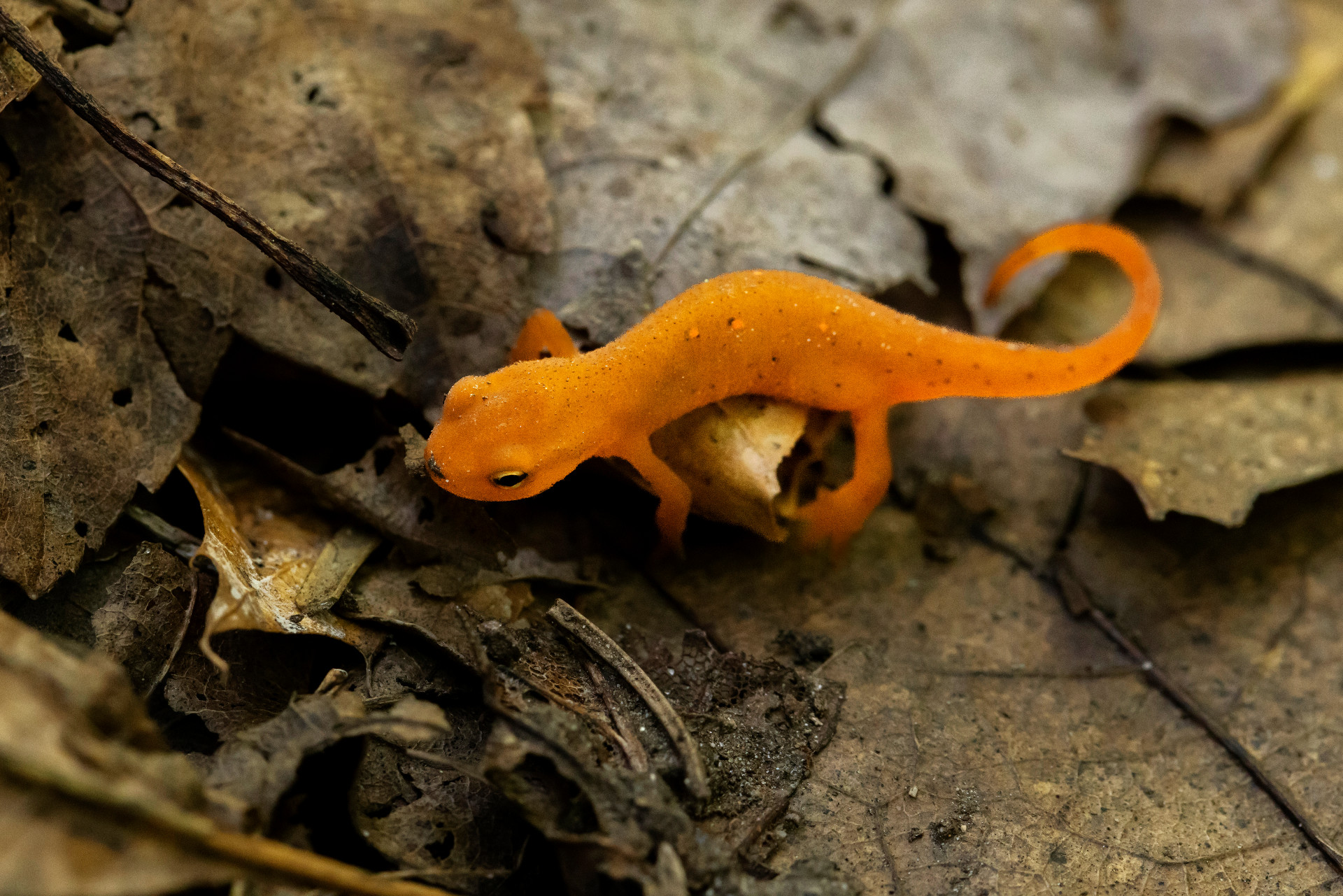 Eastern Newts do not overwinter in leaf litter but prefer the moist, cool, and food-rich environment during the
spring, summer, and early fall. (Photo by Ashley L. Conti/Friends of Acadia)

Did you know that keeping your garden and wooded areas “messy” with leaves and stalks can help support overwintering insects and vertebrates? It’s true.

With a good layer of snow, temperatures at the ground surface can remain between about 32 and 23 degrees Fahrenheit, even when air temperatures above the snow dip as low as minus 22 degrees below Fahrenheit. In addition to their insulating qualities, fallen leaves and dead plants also help overwintering fauna camouflage from predators searching for food in winter.

By “leaving the leaves” and delaying garden cleanup until spring, you can help protect these species and help them survive over winter.

Acadia Digital Media Team members got out their macro lenses to help illuminate this easily overlooked world. We hope you enjoy this sneak peek at what’s really under the season’s leaf litter.