Raiders of the Lost Park

Home » Raiders of the Lost Park

The very nature of National Park Service careers, with folks frequently moving around to different parks and monuments foradvancement, often means repeated disruptions to, and the loss of, institutional memory.

To compensate, and to chronicle how past managers have dealt with calamities, controversies, and other challenges, many units of the park service create and maintain narrative histories that can be consulted for insight and perspective.

While there are voluminous records of just about everything that has happened at Acadia since its founding in 1916, there has been nosingle-source administrative reference to the path it has followed. Until now.

According to Hazen Connery, the project began at Acadia when officials realized multiple people on the resource staff were near retirement. “We realized all of that knowledge was going to walk out the door,” she explains.

Using documents and reports from park files, and those oral histories, the pair quickly discovered just how big a job they had taken on. For instance, while working on jurisdictional questions, they produced more than 35 pages on the issue of use of the intertidal flats by worm diggers alone.

A trove of annual reports from superintendents has been helpful but it is far from complete. “We are sick about the years that are missing,” Hazen Connery says.

The quest for information also led them to multiple trips to the National Archives in Washington D.C. “In a week we had scanned and digitally saved more than 2,500 pages of documents and photographs,” Jacobi explains.

Cleaning up, cataloging, summarizing, and creating a database of those documents has taken six months. 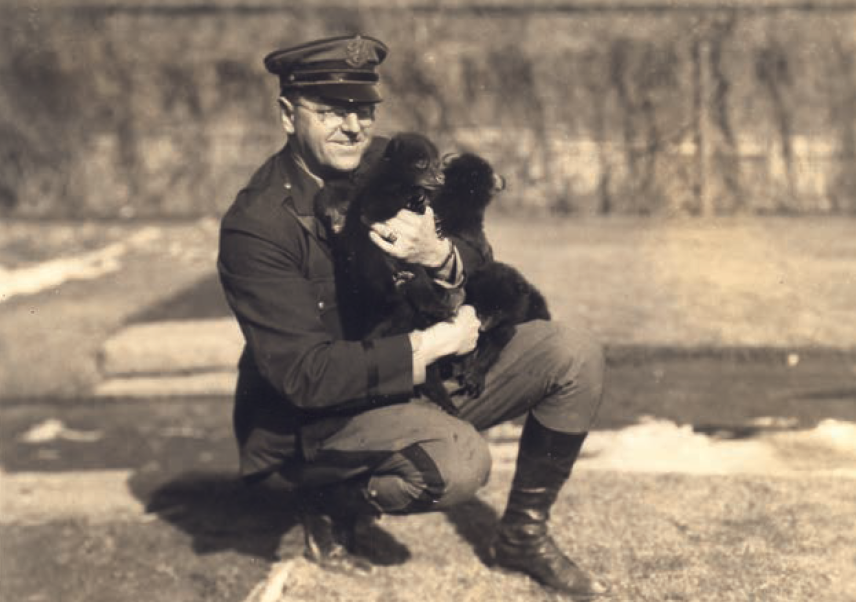 A Maine game warden with a pair of bear cubs.

Among the stories uncovered in their research has been park co-founder George B. Dorr’s obsession with shutting a roadside zoo near Bangor in 1937. It followed the escape of two bears that “broke out and with the memory of rough treatment in their captivity, attacked and killed the proprietor and his assistant. The bears were shot but had one glorious moment of revenge which was hard to grudge them,” Dorr wrote. 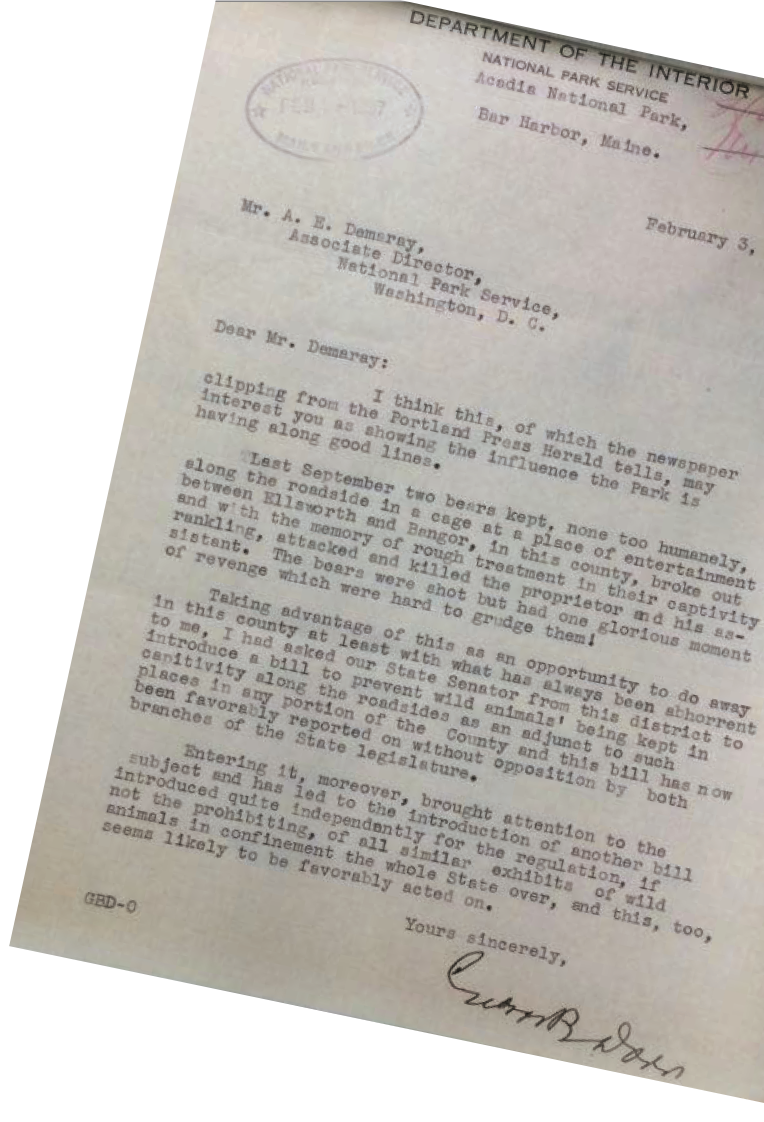 A letter from Acadia National Park’s first superintendent George B. Dorr informs his superiors about efforts to outlaw roadside zoos in Maine.

They have also gathered information about the park’s use of dynamite to blow up irksome beaver dams in the 1960s.

Transcribing the nearly 40 oral histories has also been time consuming. “Sometimes we come across fragments of things that we don’t know if they will be important to the final document, so we’ve been putting them in files for later,” Jacobi explains.

Not getting lost in the details or side-tracked is one of the biggest challenges. It is a natural hazard as both Hazen Connery and Jacobi find the job of poring over all the old documents incredibly interesting. “We’ve both been down rabbit holes the size of Mammoth Cave,” laughs Hazen Connery.

Superintendent Kevin Schneider, who was surprised to discover that Acadia did not have an administrative history when he arrived in 2016, believes the best people are on it.

“A park’s administrative history is so important to understanding the context and rationale for past actions, which is crucial to making good quality decisions into the future,” said Schneider. “I can’t think of anyone better suited than Judy Hazen Connery or Charlie Jacobi to write it. Both have long-term histories themselves here at the park, they understand the nuance of park management, and they have a deep appreciation for the people who have dedicated themselves to Acadia.” 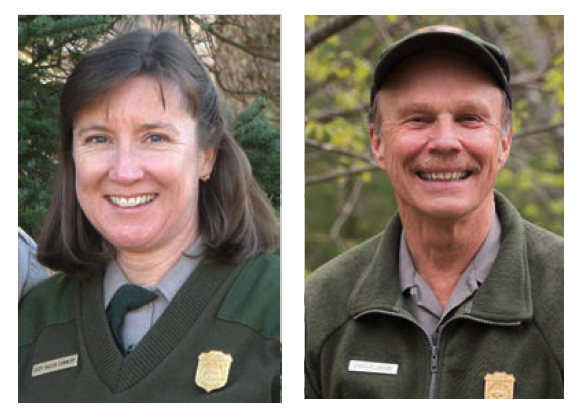 RANGERS JUDY HAZEN CONNERY AND CHARLIE JACOBI shared what they have learned so far at a special virtual meeting of Friends of Acadia’s George B. Dorr Planned Giving Society in July.

Both Hazen Connery and Jacobi know volunteering to do the administrative history of Acadia is a labor of love. They are under no illusions as to how long it will take. “It took two volunteers ten years to do one for Denali,” Hazen Connery notes.

“We don’t have a formal deadline, but we are making progress,” she continues. “First and foremost, it’s important to remember that it’s a living document.”

EARL BRECHLIN retired as Friends of Acadia’s Communications Director in 2021.

This article appeared in our Fall 2020 Acadia magazine.