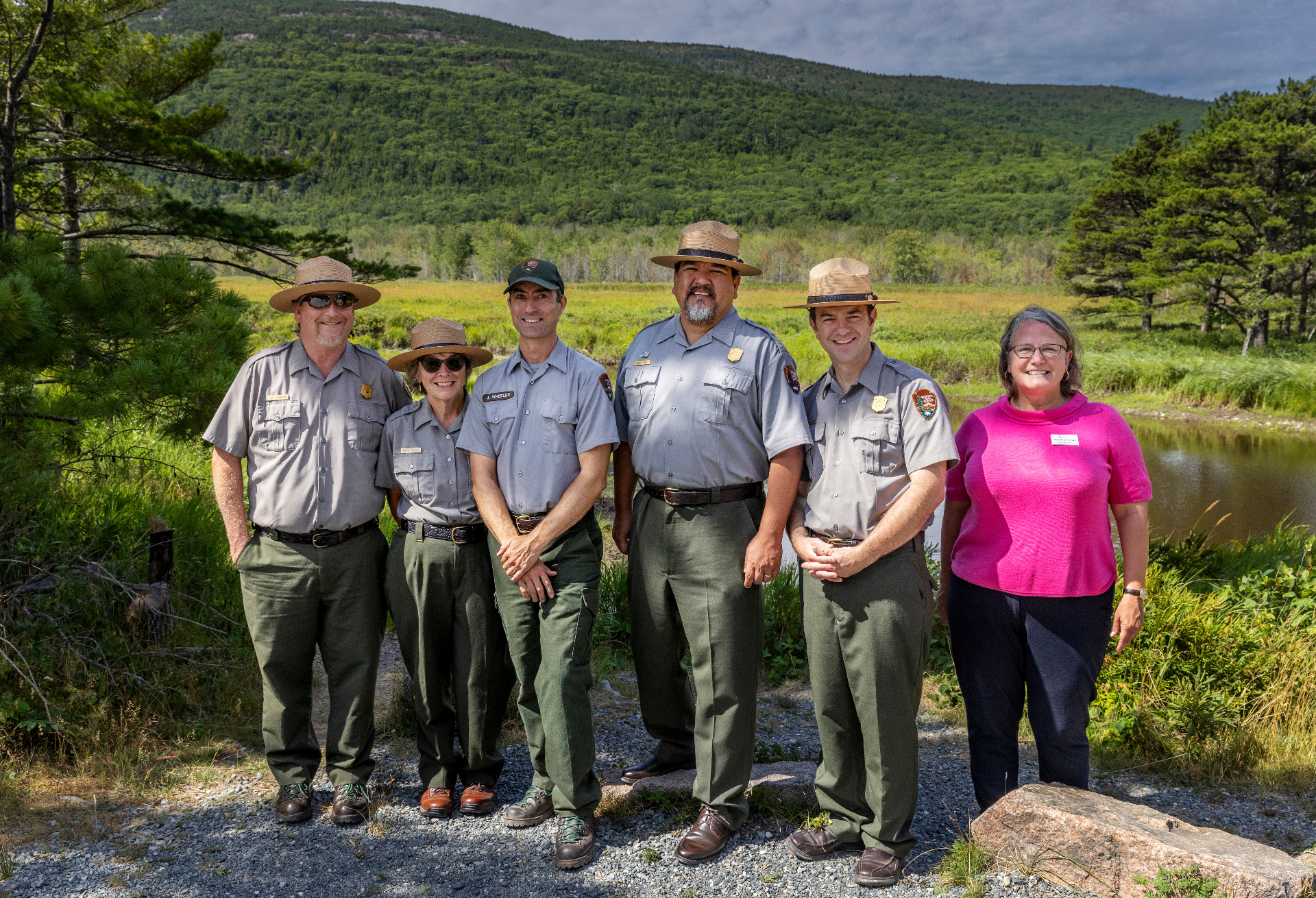 The week of project visits and discussions culminated on Friday, July 29, with a press briefing regarding the Great Meadow Wetland ecosystem restoration project at Acadia. The Great Meadow Wetland restoration received $500K in fiscal year 2022 and Bass Harbor Marsh (another Wild Acadia Initiative) will receive $400K in fiscal year 2023 through the bipartisan infrastructure law. The law makes a $1.4 billion down payment in the conservation and stewardship of America’s public lands that will lead to better outdoor spaces and habitats for people and wildlife for generations to come.

On Friday, Director Chuck Sams stated that the Great Meadow Wetland project will lay a foundation for the entire national parks system.

See footage and read more about the work from these news outlets: