The story highlights the testing plots on Cadillac’s summit and the collaborative efforts of scientists at Acadia National Park and Schoodic Institute. 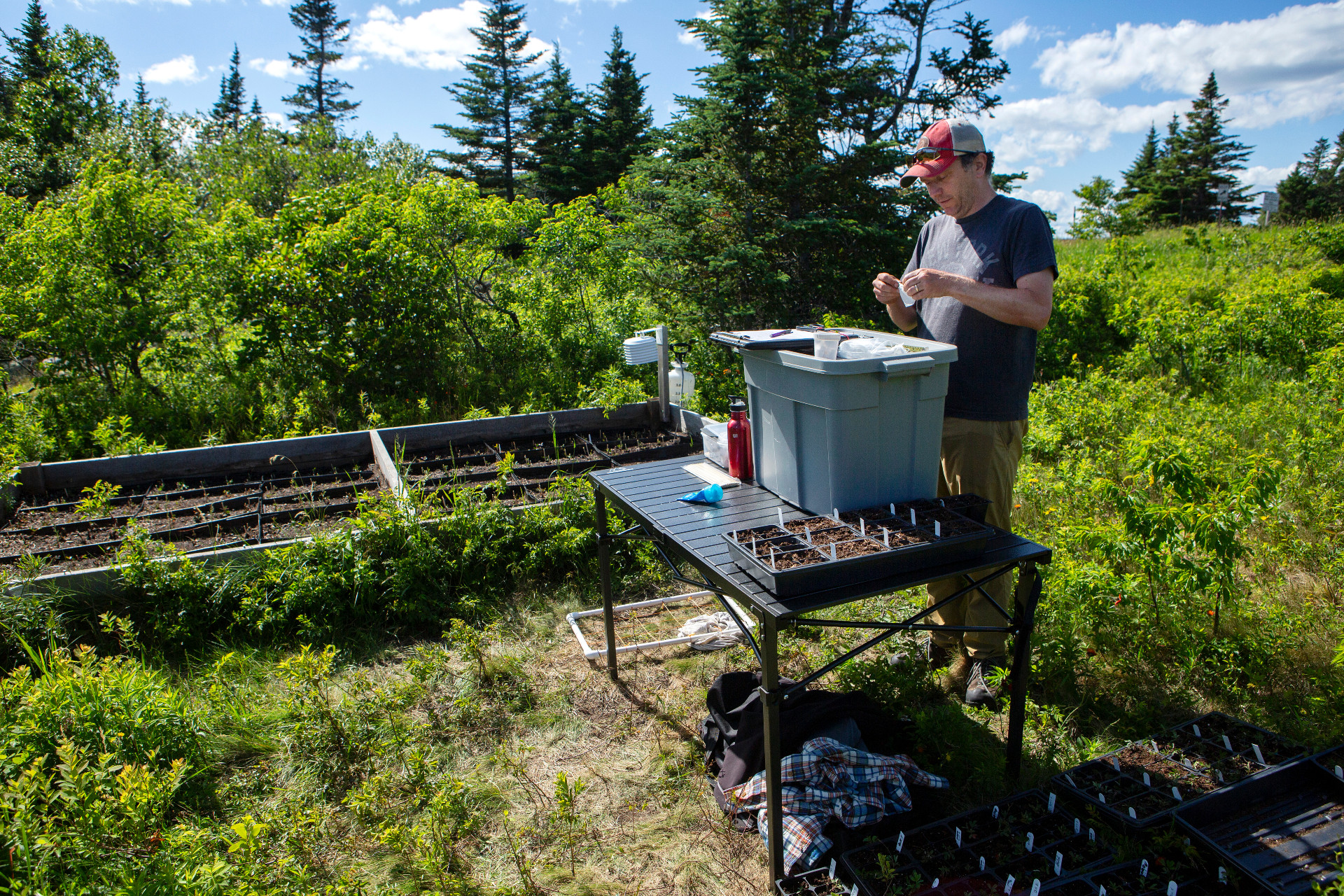 As part of its series “Climate Driven: A deep dive into Maine’s response, one county at a time,” Maine Public highlighted the vegetation restoration work being done on Cadillac Mountain, where scientists are using test plots to study the best methods for revegetating the park’s summits. This collaborative work is led by Acadia National Park and Schoodic Institute with funding support from Friends of Acadia.

Here is an excerpt:

On a perfect summer day at the summit of Acadia’s Cadillac Mountain, throngs of tourists are taking in the expansive view of rocky ledges, surrounding hills and the Gulf of Maine spreading out endlessly to the south.

But Chris Nadeau is focused on the tiny plants at his feet, shooting up from thin soil between the granite that covers much of the mountain top. Just a few inches tall, with small white flowers, this is three-toothed cinquefoil.

“It’s a plant that’s been identified to be really sensitive to climate change,” Nadeau says.

Nadeau, the Climate Change Adaptation Scientist at the nearby Schoodic Institute, says scientists have done modeling to assess the plant’s future as temperatures rise.

“They predict that the plant will lose 98% of its distribution in Maine because of the increased temperatures,” Nadeau says. “So it’s a really good subject for understanding how can we make a population more resilient to climate change. How do we stop that 98% loss throughout Maine?”

On this day, Nadeau is checking on three experimental plots on Cadillac: One here at the summit, another that’s partway down the mountain. And a third is at the base which, is about 2 degrees Celsius warmer than the summit. That’s important, because it roughly approximates the temperature that models suggest will be found at the summit in 50 years.

Nadeau’s work is related to assisted migration, which simply means physically moving plants and animals to locations that might suit them in a changing climate.

Abe Miller-Rushing, the science coordinator at Acadia National Park, says that Cadillac Mountain is a perfect place to do this type of study, because it has such dramatically different climates at its base and summit.