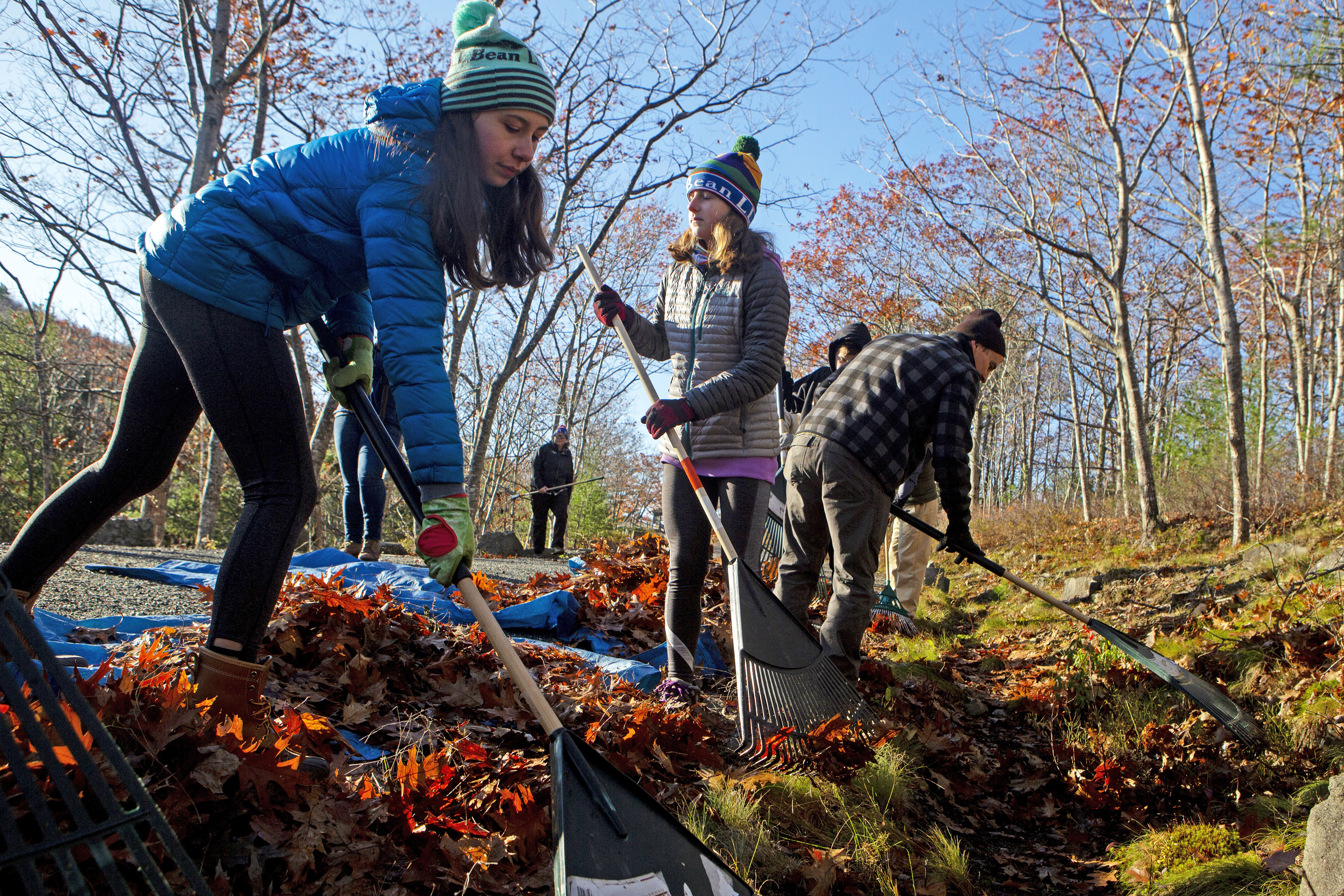 ACADIA NATIONAL PARK — More than 425 volunteers showed their love for the park at the 29th annual Friends of Acadia Take Pride in Acadia Day on Saturday, Nov. 2.

Volunteers worked with park staff to clear fallen leaves from drainage areas on 10.2 miles of carriage roads in 21 locations. This work reduces costly washouts that occur from rain and ice during the winter and spring.

The event is sponsored by Friends of Acadia and facilitated by Acadia National Park to support maintenance of the historic carriage roads. Participants meet at park headquarters, which was without power this year due to the Halloween storm. Park staff worked tirelessly on Friday to clear tree debris from the carriage roads before volunteer groups arrived.

Many of the volunteers are youth from College of the Atlantic, Husson University, the University of Maine (UMO), and local Scout groups. UMO student leader, Sydney Abramovich, brought the school’s Green Team to rake leaves and said, “It’s Acadia National Park, it’s almost pristine. It would be a shame if not everyone could see (the park) the way we see it one day.”

Following the morning’s work, a hot meal (warmed by generators) of chili, cornbread, cake, and cider was served — the day’s traditional “CCC + C” lunch, recalling the Civilian Conservation Corps members who did so much work in Acadia during the 1930s.

“Friends of Acadia and Acadia National Park are very grateful to all who made Take Pride in Acadia Day a huge success,” Steele added.