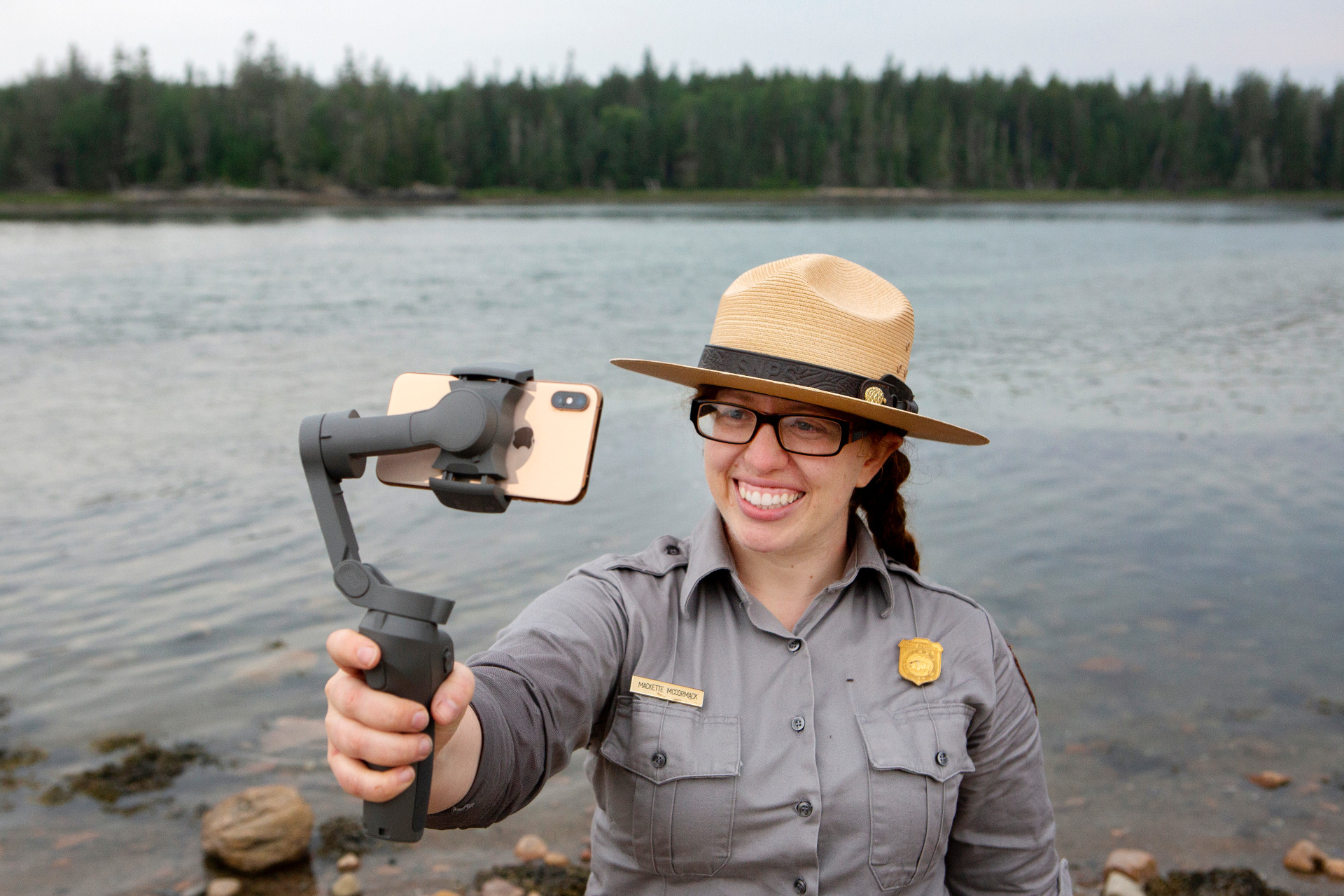 “Climate change is a hard topic,” she said. “I’ve talked about paleo-ecological records in glaciers, historical changes caused by climate, phenology, and ocean and forest climate change.” But what really gets students engaged, she said, is when there is something they can do ­right now-to be part of the solution.

The RAD framework, which is being employed by Acadia National Park and other national parks around the country, recognizes that the climate has already changed and will continue to do so. Decision makers then assess and choose what changes within the environment to resist, accept, or direct, based on a number of criteria including feasibility and cost. For students, RAD becomes a tool to make informed decisions in the future.

“The RAD model accepts where we are without putting the onus on the students to save the world,” she said.

McCormack has presented the program virtually about a dozen times to students in grades 6-10, but she’s found the most enthusiasm for the program in 7th and 8th grade teachers in Maine. The program will be offered again in late fall when Acadia’s education rangers return to virtual programming.

“I like teaching RAD to kids because choices are important,” said McCormack. “It’s so important to start stretching those problem-solving muscles in real-world scenarios, and RAD does that well.”

Creating Tomorrow’s Stewards Through a Creative Blend of Virtual, Self-guided, and In-person Programming