Volunteers from the University of Maine Green Team, help put the Acadia National Park Carriage Roads to bed during Take Pride in Acadia Day on Nov. 3. Some 300 people turned out to clear ditches and culverts of leaves despite heavy rain. See full gallery of photos on FOA’s Facebook page. PHOTO COURTESY OF FOA/JULIA WALKER-THOMAS 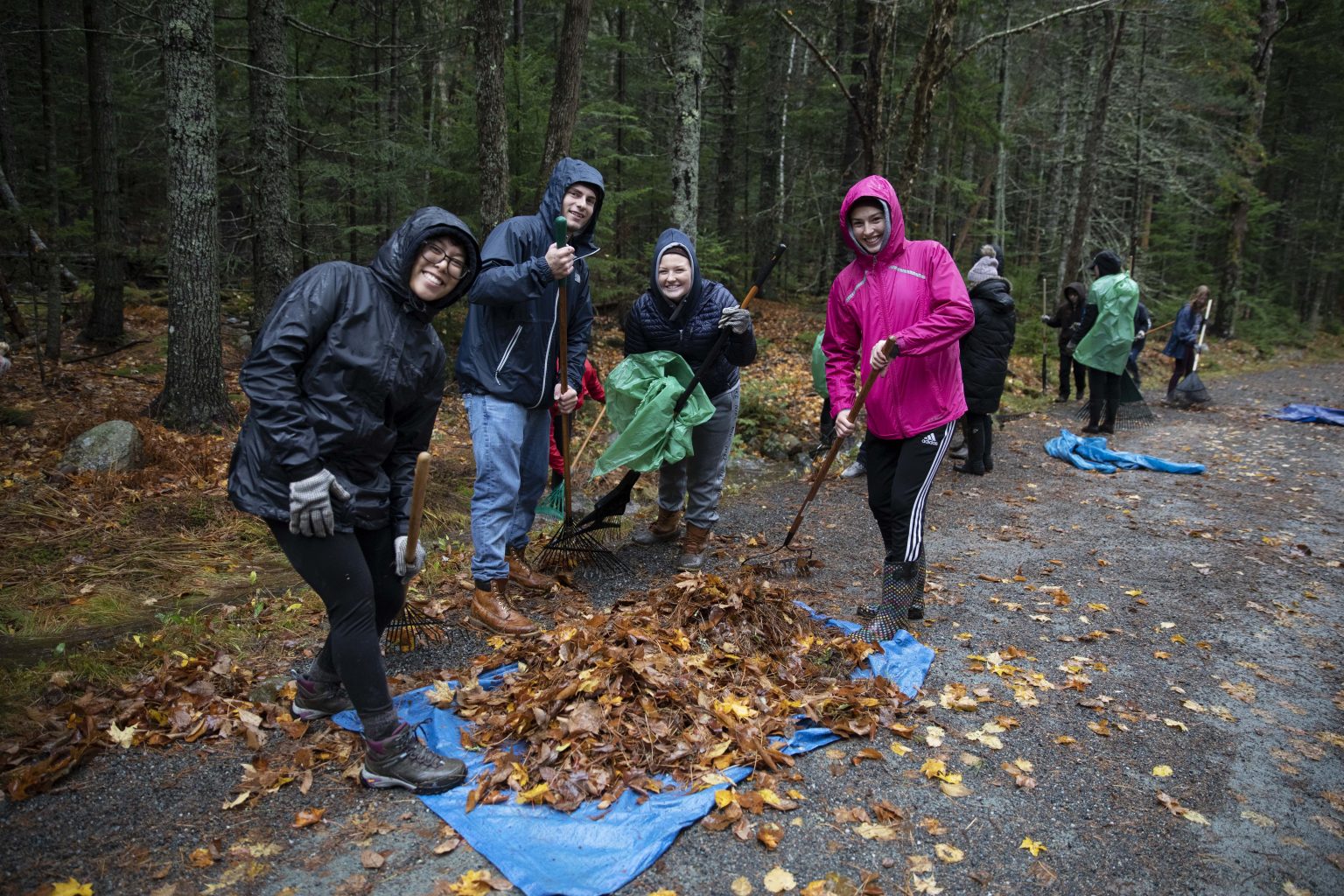 ACADIA NAT’L PARK — Despite drenching rain, an inspirational 300 volunteers show their pride in the park at the annual Take Pride in Acadia Day on Saturday, Nov. 3.

Together, volunteers raked fallen leaves from drainage areas on nine miles of carriage roads in 18 locations. Now in its 28th year, the event is sponsored by Friends of Acadia and facilitated by Acadia National Park to support maintenance of the historic carriage roads.

“This community effort greatly reduces erosion and costly wash-outs on the carriage roads from the rains, ice, and thaw cycles during winter and spring,” said FOA Conservation Projects Manager Paige Steele. “The near-constant rain showed volunteers instant proof of the value of their hard work as they opened culverts blocked by leaves, allowing storm water to rush under the carriage roads during the event rather than over it.”

More than half of the volunteers are young people from schools including the University of Maine, Husson College, and Boy and Girls Scout groups. Community groups included the Downeast Outing Club, Footloose Friends, LL Bean, Schoodic Institute, and Sea & Mountain Hiking Club. In addition to the groups, over 36 individuals from all over New England participated in the soggy, yet festive day.

Following the morning’s work, a hot meal of chili, cornbread, cake, and cider was served—the day’s traditional “CCC + C” lunch, recalling the Civilian Conservation Corps members who did so much work in Acadia during the 1930s.